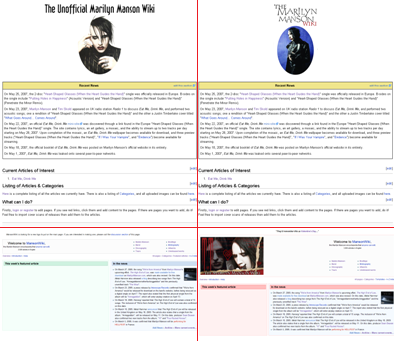 MansonWiki is an English encyclopedia covering subjects related to the rock band Marilyn Manson. Since its inception on March 4, 2007, MansonWiki has grown steadily. There are currently 4,265 users registered with the project, which contains 4,140 articles to date.