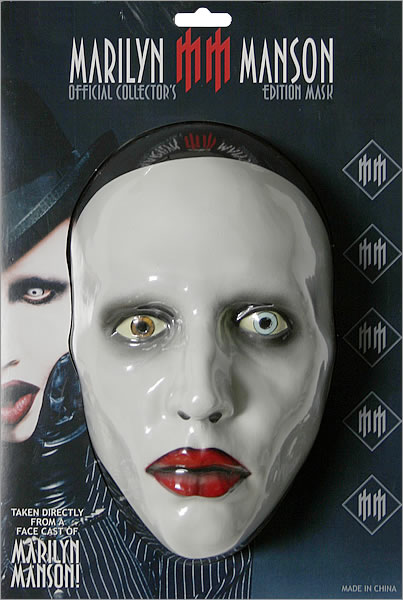 This is the Official Collector's Edition Mask of Marilyn Manson which was used extensively during performances for the Grotesk Burlesk, and was also featured in the video for "This Is the New Shit". The mask was created from an actual lifecast of Manson's face. It was initially designed as a stage prop, solely for use during the Grotesk Burlesk. However, since the mask was highly sought after by the public, reproductions were eventually released. in 2012, the masks were given exclusively as part of the VIP/ meet and greet package deals for a limited time. The mask was limited edition, retailed at $50 USD and is currently no longer in production.