Stephen Gregory Bier Jr. (born March 6, 1964), better known by his stage name Madonna Wayne Gacy, is a professional musician. He is the former keyboardist for Marilyn Manson, and a current member of mmii (m2i 2). His stage name is formed from the names Madonna and John Wayne Gacy. Though he prefers to be known as "Pogo," Gacy's clown name.

Stephen Bier was born in Fort Lauderdale, Florida, to a Jewish father and Catholic mother. His mother taught first grade and his father was a school teacher also. He was diagnosed with ADHD (Attention Deficit Hyperactivity Disorder) when he was a child, and was given Ritalin by his parents. As he grew older, he stopped taking the medication because of the way it made him feel. Supposedly having an IQ of over 150, Bier attended college for six years,[3] achieving a degree in industrial engineering. After completing college Bier initially applied for a job at NASA, but decided to join Marilyn Manson & the Spooky Kids as keyboardist instead.[4]. Bier has a fascination with all things German, Japanese, and Kabbalah. He is currently married to a woman named Kim for three years as revealed by his Facebook page.

Gacy did not play keyboards until he joined Marilyn Manson. It has been said that it took less time for him to master the keyboard than it took for him to save money to buy one. He was nicknamed "Pogo", early in the history of the band, as neither Madonna nor Gacy seemed to suit his personality, and Pogo was the clown alter ego of John Wayne Gacy.

He is responsible for much of Esoteric and numerological aspects of Marilyn Manson's work.

In an exclusive conference conducted by Marilyn Manson in April 2007, he revealed the upcoming album Eat Me, Drink Me was recorded in collaboration between himself and Tim Skold. Essentially this meant Gacy did not partake in the album, but not ruling out the possibility of him performing as live keyboardist on the upcoming tour. Later, Manson revealed that Chris Vrenna (who previously drummed for the band during Ginger Fish's hiatus in 2004) would be performing as live keyboardist on the tour, in Gacy's place. This stirred fans' speculations as to whether or not Gacy, who up until this announcement was considered the only member of the band other than Manson himself to never leave for any cause and has been in the band since 1990, had finally left Marilyn Manson. 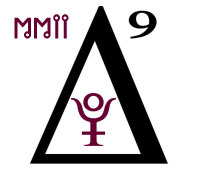 In June of 2011, Bier and his band MMII released "Delta-9" which features Stephen Bier on vocals. The artwork provided by MMII contains the imagery of a triangle or a delta with the number 9 on the upper right. It can be inferred that the title of the song "Delta-9" stems from the chemical name of the psychoactive compound found in marijuana, "delta-9-tetrahydrocannabinol" in the center of the triad lies the symbol for Pluto, which a sample is heard in the beginning, "This is the planet Pluto, the ninth planet from the sun." The song can be heard in full at the following link Listen to MMII Delta 9 on Reverbnation

As of July 14, 2017 Bier is no longer apart of MMII and in his own words said "I was not even given the proper paperwork for the forms/project, let alone paid for it, and then tonight I get the insult of being removed as an administrator, as if I have ever posted s*** there. It is all part of that Bells into whatever thing... this man is another f****** rip-off artist".

On August 2, 2007, Gacy filed a lawsuit against Marilyn Manson seeking a back pay of $20 million dollars. Gacy claimed Manson has been using the band's money for personal interests, among which are his collection of Nazi paraphernalia, his drug addictions, his wedding with Dita Von Teese and the production of Phantasmagoria: The Visions of Lewis Carroll.