This article is about the essay 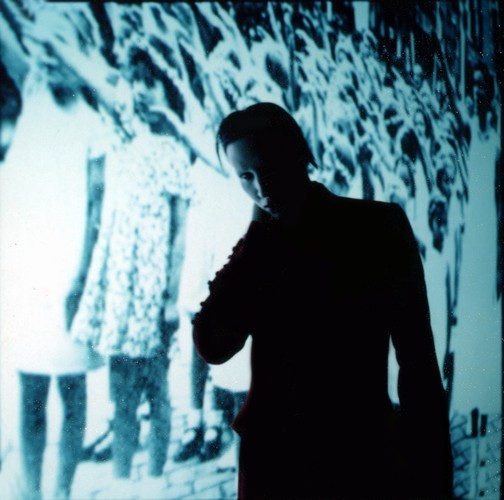 I have just returned from seeing the film, IRREVERSIBLE, by Gaspar Noe. He is one of my favorites and the fact that a third of the audience walked out, is a testimony to its strength. Chances are this won't be shown in the USA.

I've been just busy preparing women, animals as well as songs for the tour, video and the short film that will be featured on the bonus DVD for THE GOLDEN AGE OF GROTESQUE.

The details of our upcoming SCABARET will be revealed soon but for now take a look at some agitprop such as : ROLLING STONE, REVOLVER, KERRANG, THE FACE, BLENDER, METAL HAMMER and a few others that have invaded my privacy.

The images Helnwein and I created for the ROCK AND ROLL HALL OF FAME are accompanied by my essay, entitled:

Kneel down humble men and become the height of our children. Let your heart crawl into your knee and realize that all knowledge lives through imagination. This is the nursery business, always get a photocopy.

Our cultures may continue to disintegrate but we just rebuild with abusement parks, filming the process and replaying it as situation comedy. We wear ribbons, hold hands, celebrate and concentrate on camps that train our kindergartens to shout out "star-spangled" banter.

We will medicate the lunacy of "degenerate" art with heavy doses of old-fashioned (original recipe) family virtues.

"Let's make sure all of these offensive forms of entertainment are shown publicly, and burned immediately as a warning to us all!"

In the meantime, try to stay conscious. We are sitting in the EMERGENCY ROOM waiting for the doctor, a newly elected aesthetician, to come and pronounce his diagnosis. The grotesque, malignant cancer that is our expressions and our views is no longer the disease. We are being told that the sounds and images of art are now the symptoms of the creator. We as the artists, are now considered unhealthy and incurable.

Let me remind you that the deformed scar of one man, is "love's pretty dimple" to me. The generation that lived through WWII accepted the concept of "total violence" as a solution to the world's problems. The mathematics of creative suffering and the milk of human violence are the formulas that our grandparents bottled and passed down to our parents.

These are the "traditional" values that have built "protective," moral walls around our children's world. And it is, indeed, a small world after all.