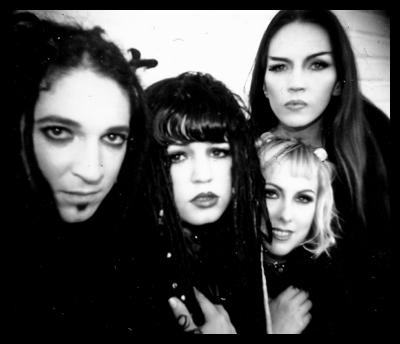 Jack Off Jill was formed in 1992 by Jessicka, Tenni Ah-Cha-Cha, Robin Moulder, and Michelle Inhell though the line-up would undergo numerous changes over the years. Jessicka originally wanted to call the band Somnolent, The Pills, or Drowsy, but settled on the name Jack and Jill for a very short time. Long time friend Marilyn Manson suggested a name change to Jack Off Jill, which they accepted. The group toured and performed with Marilyn Manson a significant number of times including a short string of high profile gigs on the Rock Is Dead Tour. Like Manson, they were known for raunchy shows.

Throughout their career the Jack Off Jill had many ties to members of Marilyn Manson. After leaving Marilyn Manson, Daisy Berkowitz became Jack Off Jill's touring guitarist and contributed to their remix EP and second studio album. Chris Vrenna contributed remixes, production work and live drums to Jack Off Jill. Manson himself produced and contributed to most of their early demos and would later write the liner notes for a the demo complilation album Humid Teenage Mediocrity. The band is thanked on Portrait of an American Family's liner notes.

On April 7th, 2015 Bust.com announced a Jack Off Jill reunion show at The Orange Peel in Asheville, NC on July 18th as well as a Pledgemusic campaign offering "Golden Tickets" and other Jack Off Jill rarities related to the show. The 2015 lineup consists of Jessicka, Tenni Ah-Cha-Cha, Michelle Inhell & Helen Storer.