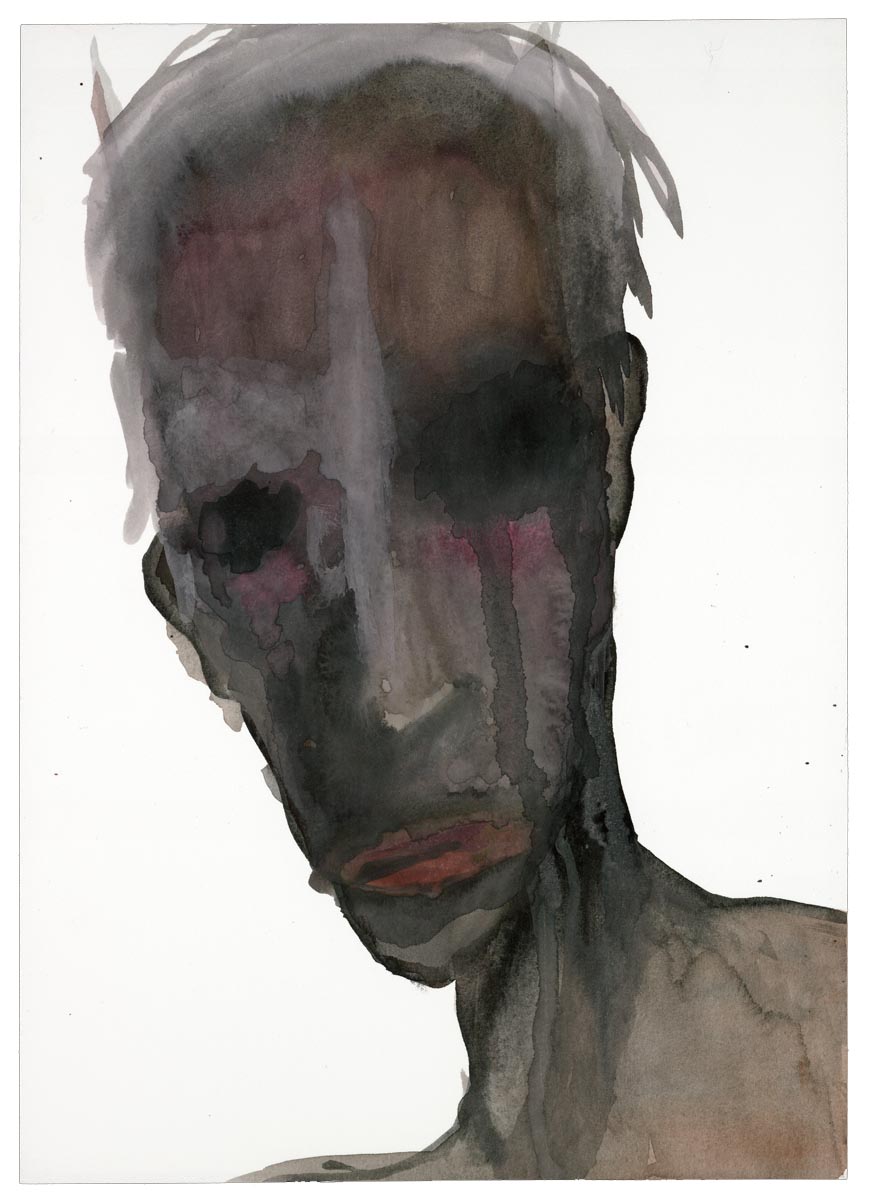 IV (The Grey Series) is the fourth in a series of nine self-portraits known as "The Grey Series". This painting by Marilyn Manson portrays a figure painted in greys with an angular face. Compared to the first three portraits, this one is more close up and has more color and less grey. Ghostly white covers the hair and the nose and right eyebrow. The white covering the nose faintly looks like a machine gun. Dark lines run down from the left eye like tears. See marilynmanson.com paintings for availability. It has been said The Grey Series was painted at a time of depression. (Unconfirmed)