Marilyn Manson displayed 20 of his works in Vienna, Austria's Kunsthalle exhibition hall, Web archive: Kunsthalle Wien, alongside the work of infamous director David Lynch (Lost Highway). The gallery displayed the short films of David Lynch on screen projections along side Manson's artwork. Short films included are "The Alphabet", "The Grandmother" and "Six men getting sick". The exhibition appropriately titled, Genealogies_of_Pain, premiered June 29th 2010 with a special guest appearance by Manson open to VIP & collectors and was open to the public from June 30th until July 25th 2010. [1]

For info about the upcoming art exhibition book see Book. 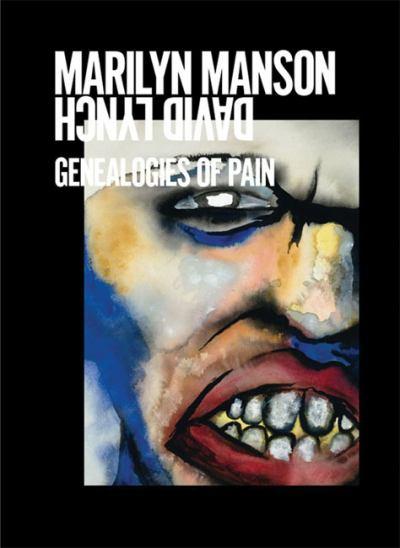 A coffee table book, titled Genealogies of Pain, was released on April 30, 2011, by Marilyn Manson and David Lynch through German publisher Verlag für moderne Kunst Nürnberg. The 176 page paperback catalogue pairs 30 of Manson's paintings from the exhibit with stills from four of Lynch's early short experimental films: Six Men Getting Sick, The Grandmother, The Amputee and The Alphabet. The book also includes an interview with Manson in which he discusses his techniques as well as the art traditions/schools that have been influential to his works.[2]

Information was received via an e-mail from Gallery curator Cathérine Hug.

My name is (Name withheld), I am from Hungary. I edit some Hungarian websites and would like to write about one of your programmes.

I have read that Marilyn Manson will hold an art exhibition in your place from June 29 to July 25. Is that true?

Will Mr. Manson be there for a month or just for the opening?

Who can receive VIP ticket for the first day?

Chosen people from our Directors’ Board and from our main Lenders.

What is the connection between David Lynch and Marilyn Manson (I know about the book and the movie)?

It is a thematic connection: I am interested about the similarities AS WELL as differences and their individual way the negotiate and reflect on pain inflicted upon the human body, especially in the realm of Susan Sontag (Looking at the Pain of others) and Elaine Scarry (The Body in Pain).

How many paintings will be displayed?

21, eventually more since M.Manson is working on new paintings.

Thank your for you help in advance!

You are very welcome