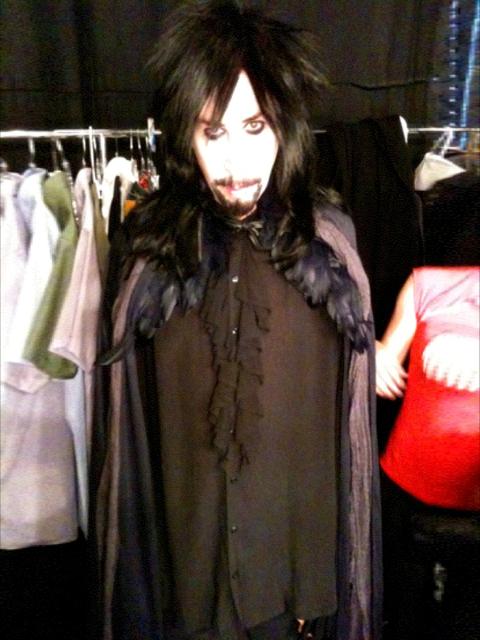 Myspace quote: Me as 'Darkman', on Tim and Eric's Awesome Show.

The Darkman appears in two scenes.

In one of the two scenes, the Darkman is a snatcher of people who stops creativity processes by carrying them away, very stealthily.

In the second scene, the Darkman shows Tim and Eric their bad deeds (cruelty to birds) which led up to their eventual blindless of their eyes being pecked out by crows. Darkman eventually turns the duo into porcelain bird figurines. A bystander laughs at Tim and Eric's punishment and he is transformed into a toilet by Darkman for not keeping quiet. Darkman laughs and then turns into a crow and flies away.

Manson appears in a wild attire in his role.