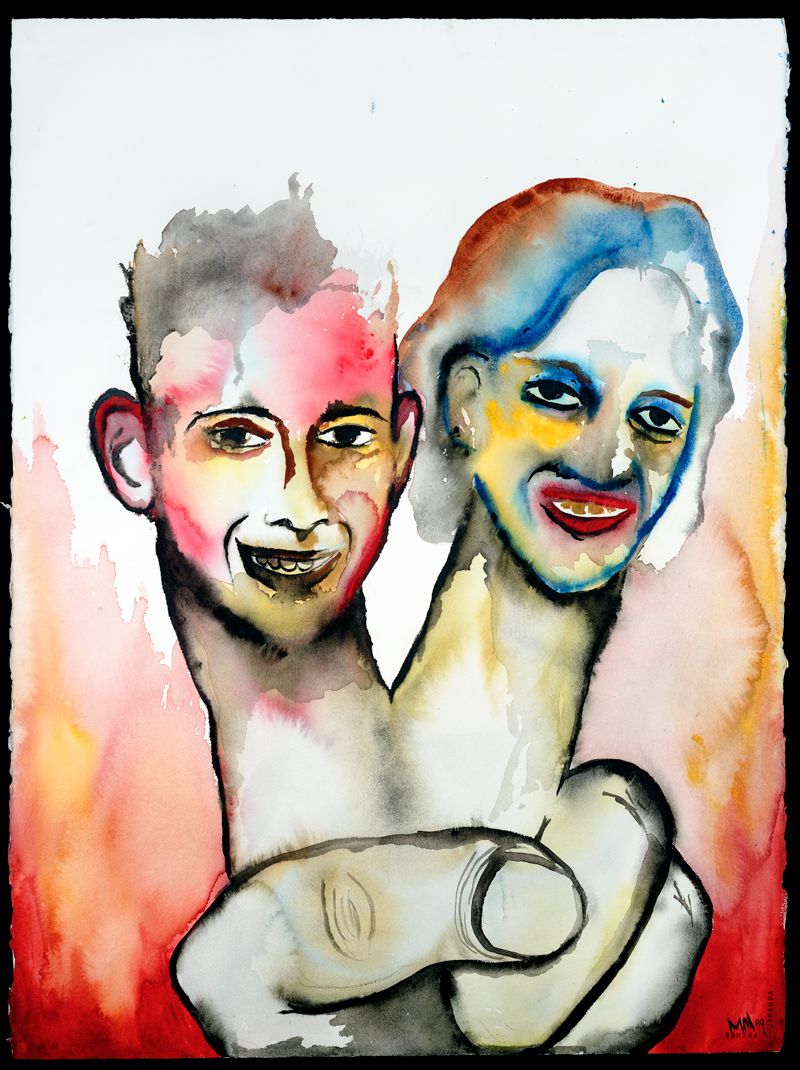 Crop Failure is a painting by Marilyn Manson, depicting a semi-portrait of Columbine High School massacrers Eric Harris and Dylan Klebold as faces atop fingers on a hand giving the peace sign.

In an MTV news feature Manson explains: "This appeared in Rolling Stone with my essay about Columbine and is sort of a caricature of [Eric] Harris and [Dylan] Klebold taken from their high school photographs. I was making a statement about America, and it was definitely part of my reaction for being blamed for something like Columbine. I thought the title 'Crop Failure' was appropriate for several reasons. Columbine, some people might know, is a flower. And, obviously, ['Crop' represents] raising up your children and harvesting them properly. Something did go wrong here, and I think the farmers should be blamed, not the entertainers." It is for sale at marilynmanson.com paintings.