Chris Alan Vrenna (born February 23, 1967), is a professional musician and was Marilyn Manson's live drummer from 2004 to 2005 and keyboard player from 2007 to 2011. He is also founder of the electronic band Tweaker. Vrenna also played drums for Nine Inch Nails from 1989 until 1997. His stage name is Podboy.

Vrenna was born in Erie, Pennsylvania. He began playing drums at the age of six, taking lessons from a jazz drummer. Vrenna met Trent Reznor in high school through a mutual friend. He moved to Chicago in the mid to late-1980s, quickly becoming a part of the Chicago industrial music scene and was briefly a member of Die Warzau and Stabbing Westward.

Along with drumming in Nine Inch Nails, he also toured as a live drummer for KMFDM during the Money era tours, in 1992. He is currently recording under the name Tweaker, and has released three albums under that name, The Attraction to All Things Uncertain, 2a.m. Wakeup Call and Call the Time Eternity. Tweaker toured select North American dates with Skinny Puppy in 2004.

As a producer, remixer, and engineer, Vrenna has worked for Rammstein, The Rasmus, U2, Weezer, P.O.D., David Bowie, Cold, underwater, Scarling., The Smashing Pumpkins, Hole, Marilyn Manson, Rob Zombie, Green Day, the Wallflowers, and the Japanese rock band Dir en grey. He has also worked with the underground industrial group Pigface and produced songs and albums for underground girl groups Jack Off Jill, and Rasputina.

Vrenna has also worked on music for several video games including Doom 3 (as producer with Clint Walsh), Quake 4, American McGee's Alice (with additional vocals from Jessicka of Jack Off Jill and Scarling.), Enter the Matrix, Sonic the Hedgehog, Area 51, and Need for Speed Most Wanted. In 2004 he started soundtrack work on Tabula Rasa, a massive multiplayer online game. He also helped compose the theme song to the animated series Xiaolin Showdown. 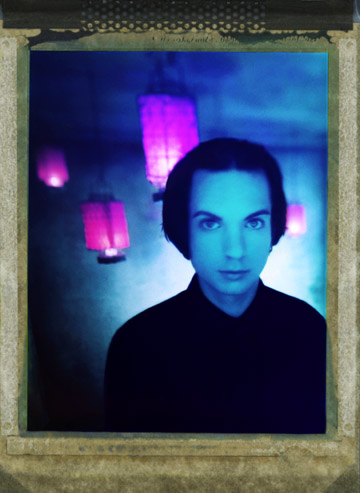 He can be seen performing in the music videos for the songs "Gave Up", "Wish", and "March of the Pigs" on the Nine Inch Nails video compilation Closure, and "The Perfect Drug".

Vrenna won a Grammy award as a member of Nine Inch Nails for "Best Metal Performance" for "Happiness in Slavery" in 1995 for the live performance of the song at Woodstock '94.

Vrenna was Billy Corgan's programmer for four months in 1997. While he was on tour with the Smashing Pumpkins, Vrenna got a call from Axl Rose, who invited Vrenna to spend time with Guns N' Roses. "I did for a couple weeks, but then decided I didn't want to join the band," said Vrenna.

In November 2011, it was announced that Chris Vrenna has officially left the band after contributing to the writing and production of Marilyn Manson's eighth album, Born Villain.

Vrenna's newest album with Tweaker titled "call the time eternity" is slated to be released on October, 23, 2012 on Metropolis Records featuring guests vocals from Jessicka Addams on the track, "Nothing at All".