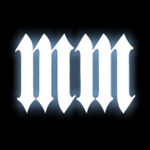 Beginning in 2004, the Lest We Forget era motioned for Manson's alleged "exit from music". The compilation served as a Best-of album for the past thirteen years in which Manson was involved in music. The subsequent tour and its imagery was of an elegant Victorian style and brought back the themes of Celebritarianism, last seen in the Holy Wood era. During this time, Manson had been experiencing depression, largely due to marital problems with his then-wife Dita Von Teese and began focusing on his career in painting, rather than music. His painting, "Experience Is the Mistress of Fools" is used as the cover of the album.

Although being largely inactive music-wise during this era, the band produced a commercially successful cover of Depeche Mode's "Personal Jesus", released as a single.

Pages in category "Lest We Forget era"