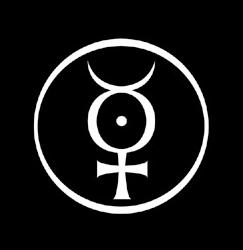 Beginning in 2000, the Holy Wood era was largely the result of the effects that the Columbine High School Massacre had on the band. The central focus of the album and the corresponding Guns, God and Government tour was society's fascination with death and fame, exposing the flaws of a culture that worships violence and blurs the line between celebrities and murderers based on the ratings scale of the television.

The era placed emphasis on figures perceived as being martyrs to the American public, namely President John F. Kennedy, John Lennon, and their killers and explored the role the media played in glamorizing their deaths while simultaneously sensationalizing their killers. It is from this morbid fascination of America that Manson coined the term Celebritarian within the linear notes of Holy Wood

From a conceptual point of view, the album marked the band's third and final part of the Triptych and held a far darker tone than it's predecessor, Mechanical Animals (album). Based on chart positioning and sales, this album did not fare as well with the general public, most likely due to the media's influence on the masses that portrayed Manson in an extremely unkind light.Interestingly enough, the era was originally planned to be extended to include a novel which has yet to be released though it has been said to be completely writen. Rumors of a possible movie adaption were also mentioned during this time, however nothing ever materialized on that front either.