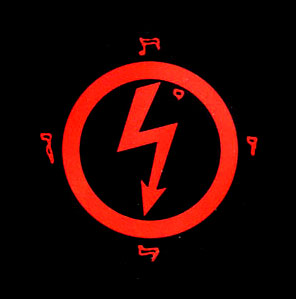 The concept for the Antichrist Superstar (or alternatively written as Antichrist Svperstar as an allusion to Latin) era was marked by the band's journey into darker, more esoteric themes and its first step into what would later become the Triptych. The conception of the album was said to be conceived in the back of a tour bus with Twiggy using an acoustic guitar after a binge of methamphetamine, as revealed in a 2009 interview with Shockhound.com. Beginning in 1996, it was during this era that the band gained worldwide notoriety due to the widespread protests of Manson's concerts by fundamental Christians across America. Manson's message was widely misinterpreted by the mainstream media, most notably Senator Joseph Lieberman, who labeled Marilyn Manson "the sickest group ever promoted by a mainstream record company." which led to further scrutiny of the band, including but not limited to; shows being cancelled, bomb threats, and even death threats.
For in-depth analysis and an insight into the symbolism of this era see The Nachtkabarett's article on The Shock Symbol:Logos & Symbology