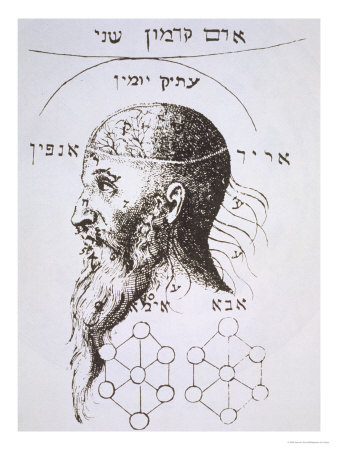 Adam Kadmon is the main protagonist in the concept of the album Holy Wood (In the Shadow of the Valley of Death).

The name is also a phrase meaning "Primordial Man," or "Primal Man," in Hebrew. "Adam"-man "kadmon"-primordial. In the Jewish tract of the Kabballah, Kadmon is described as the archetype for humanity, a holy cosmic entity and the first Adam from which every soul is descended.

In the similar Sufic and Alevi philosophy, Adam Kadmon is also described as the "Perfect or Complete Man"; the divine being that humans are evolving toward, somewhat similar to German philosopher Friedrich Nietzsche's idea of the Übermensch. The key to evolving toward the new Kadmon-being lies in understanding how one with an independent free will can incorporate a higher sense of the "group mind."

For in depth analysis on this topic please refer to The NACHTKABARETT:Adam Kadmon