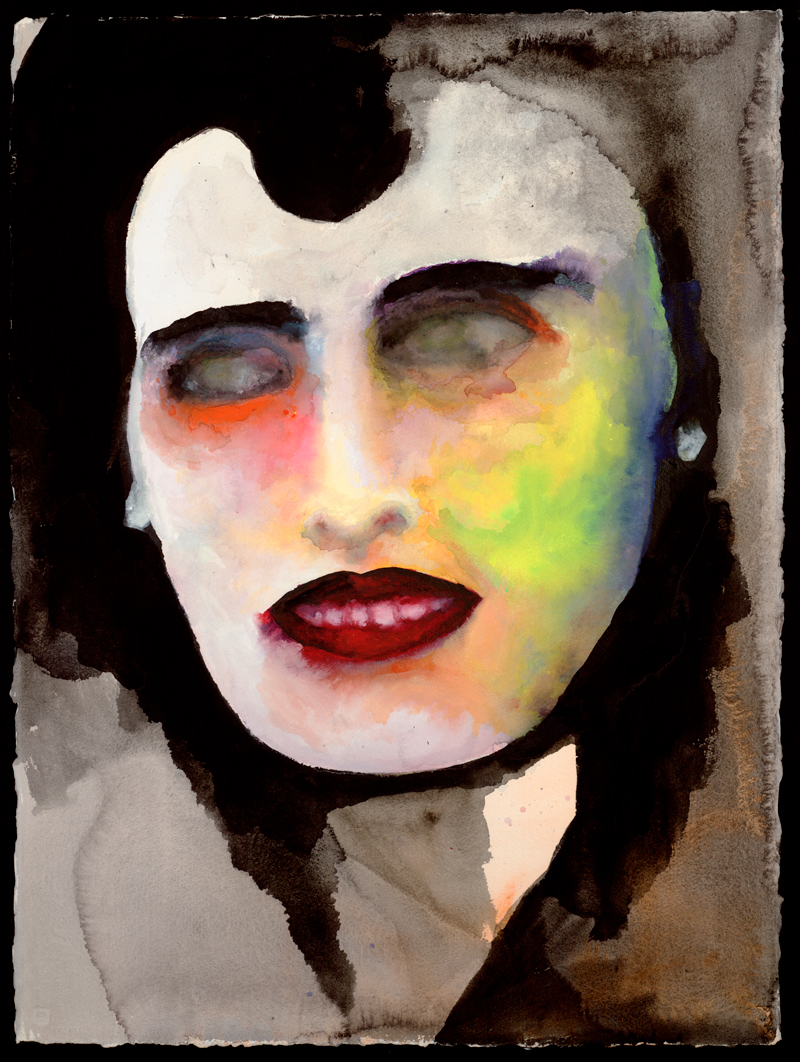 A Smile I is a painting by Marilyn Manson, and part of Elizabeth Short as Snow White series. It depicts a portrait of Elizabeth Short, also known as The Black Dahlia, a victim of a gruesome murder on January 15, 1947. It is now unavailable as it has been sold.

"This is my favorite part of the show. This is the famous story of Black Dahlia, who was found cut in half. The crime was never solved in the '40s. I've been obsessed with it since I was very young. (A smile I) is how she came to Hollywood, with hopes of becoming famous."[1]