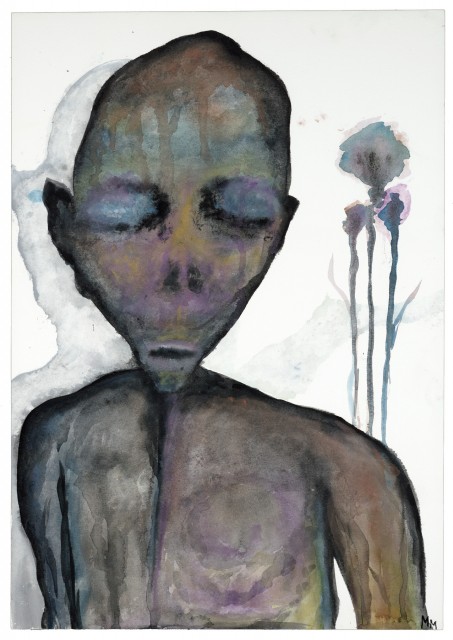 V (The Grey Series) is fifth in a series of nine self-portraits known as "The Grey Series". This painting by Marilyn Manson portrays a figure painted in greys. Portrait number V is painted with cool calm colors. There is a ghostly shadow behind the character. His eyes are closed. Behind him are what appears to be three stemmed flowers. See marilynmanson.com paintings for availability. It has been said The Grey Series was painted at a time of depression. (Unconfirmed)