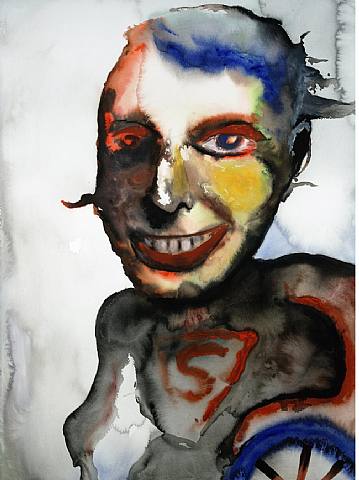 Übermensch is a 2002[1] painting by Marilyn Manson. It depicts a widely smiling man with an "S" badge on his chest, in correlation to the S found on the fictional superhero, Superman. He appears to be leaning on a spoked wheel.

Übermensch (which in english translates to: Overman, Superman) is a concept in the Philosophy of Friedrich Nietzsche. Manson is known to reference and use influences of Nietzsche in his works, most prominently in the song "The Beautiful People".