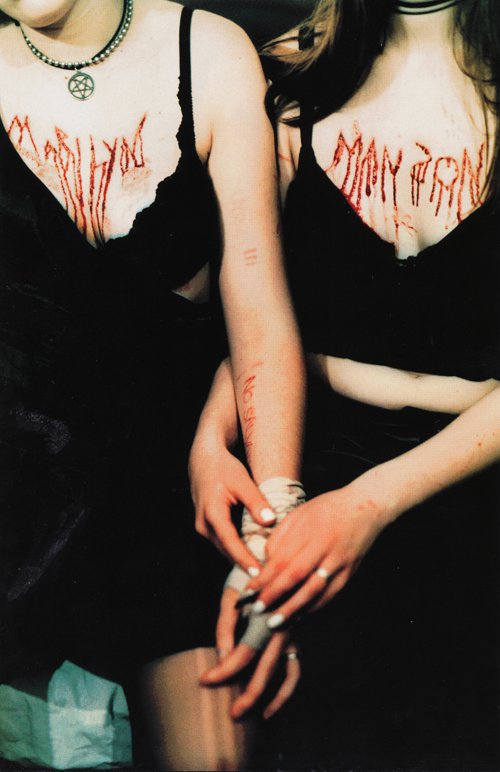 The Slashers are probably the most well-renowned Marilyn Manson fans. The group consisted of two adolescent masochist girls named Jeanette and Alison who would cut the words "Marilyn" and "Manson" respectively into their own chests before showing up at the band's performances, hence the nickname. While the pair had achieved a good deal of recognition among the most dedicated of Manson's fanbase at the time, they are most known for the picture of the girls that first appeared in Manson's autobiography The Long Hard Road Out of Hell. Before this time, the internet community had also given them the nickname "the Slice Girls", after the then-current Spice Girls.(Unconfirmed) Video footage of the girls was used on the band's 1997 tour documentary Dead to the World (including the footage of "Sweet Dreams (Are Made of This)"). Jeanette and Alison were also used for the Lest We Forget – The Best Of compilation, their pictures are in the CD holders. Jeanette (Marilyn), committed suicide in 2006.