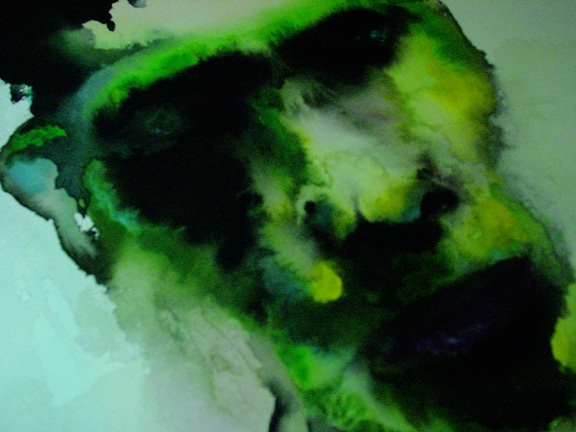 The Enabler is a painting by Marilyn Manson. It depicts a portrait of former tour assistant Jonathan Pavesi.

"Everybody's reaction is that it's a self-portrait, but it's actually of a friend of mine who used to be my assistant. His name is Jonathan (Pavesi). He was a really weak-willed kid who was probably eighteen when I met him, and I put him through him hell. He had to wash paint out of the crack of my ass and clean up my vomit. At one point, when he was working with me, he would get really mad because I would have physical altercations with him when I was coming on and off stage sometimes. I told him I would pay him 100 dollars if I ever hit him unintentionally, and then I got drunk one time and laid 500 dollars on the table and beat the shit out of him.

Now he's more of a masculine, intelligent, great friend of mine. I took a photograph of him, and the way I lit it, with just one bulb overhead, made his face shadowed like that. He looked like a really mean person. An ex-girlfriend of mine gave him the label The Enabler, because any time you go through any kind of rehabilitative program, you're supposed to get rid of the person who enables you with unhealthy elements, so that's the joke behind the title. That piece is one of my favorites."