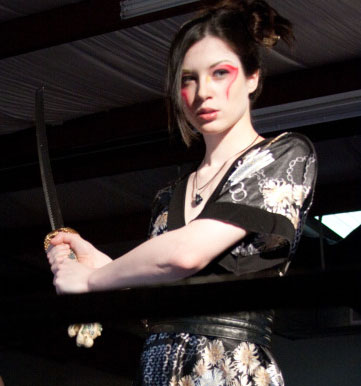 Stoya acting in the film The Kingpin of Pain in 2009.

Stoya (born June 15, 1986, age 36) is an American pornographic actress and model. Her real name is Jessica Stojadinović, the stage name "Stoya" is a shortened version of her family's last name,[1] and was her nickname before appearing in adult films. She is an exclusive contract performer for Digital Playground and is regarded as the first alt porn contract girl.[2] Stoya is AVN's 2009 Best New Starlet. Stoya was the girlfriend of Marilyn Manson from March until November 2009. A statement on her Twitter page, posted on December 4, 2009, read: "We simply weren't right for each other. Just because we had fun doesn't mean we were meant to be long term. C'est la vie." 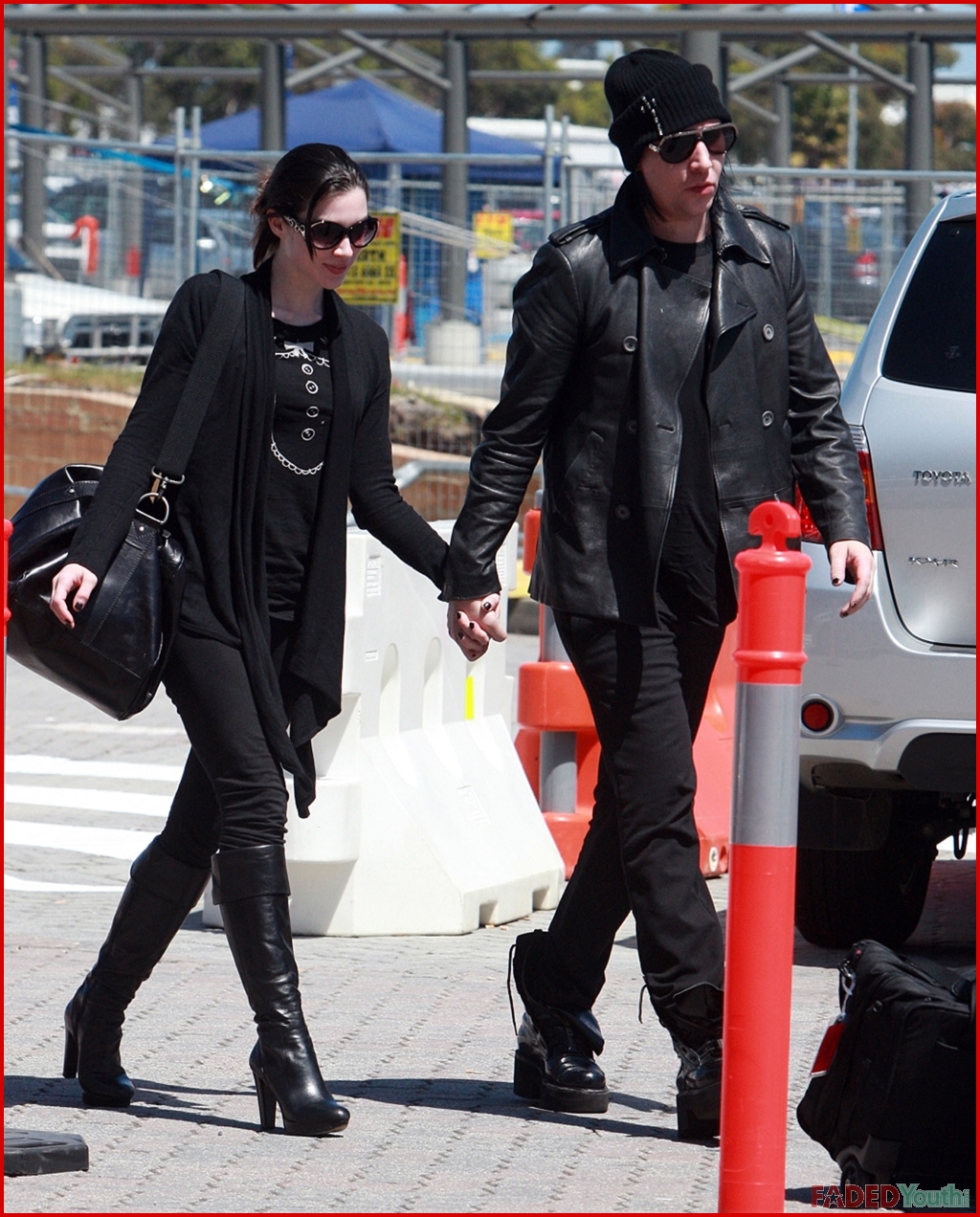 Manson and Stoya in Perth, Australia.

Stoya was born in Wilmington, North Carolina[3] to a Serbian father and a Scottish mother. Here real name is Jessica Stoyadinović. As a child, she wanted to become a dancer and started attending dance lessons at the age of three. She was home-schooled and got her high school diploma before the age of sixteen.[4]

Because her father worked in IT, Stoya had access to a lot of electronics and gaming equipment, which she says developed her love for technology.[5] "I was three when I was using DOS. My mom taught me how to read, and my dad taught me how to navigate DOS," she has said.[5]

At a later age, Stoya moved to Delaware, where she spent a semester at Delaware College of Art & Design, but dropped out because of her problem with authority.[4] After relocating to Philadelphia, she attended a summer program at UArts. Some of her jobs in Philadelphia included being a secretary, flier distributor, and a go-go dancer. Stoya appeared in several music videos for bands that, according to her, "no one will ever hear of."[1] In May 2009, Stoya said she would be moving from Philadelphia and relocating to Los Angeles in the fall of that year.[5]

Stoya was featured in two DVD productions for Razordolls and made a non-sex, cameo appearance in two Vivid Alt titles[7][8] before being contacted by Digital Playground with the proposition to perform in a hardcore, lesbian scene with Sophia Santi. The scene in question never happened, but in August 2007, she met with several Digital Playground representatives and was asked if she would star in a pornographic movie with male talent. After careful consideration, Stoya agreed.[1]

In October 2007, Digital Playground signed her to an exclusive, three-year contract.[9] The first scene she shot for them was for Stoya Video Nasty (promoted on the DVD box as the first film featuring her engaging in heterosexual intercourse with a male actor) but her first movie released by the company was Jack's POV 9.[1][7]

Stoya stated that exploring her sexuality on camera has been a fun adventure.[2]

In 2009, Stoya appeared in her first mainstream crossover as Kamikazi Shegun 5000 in the award winning 48 Hour Film Project The Kingpin of Pain.[10]

Stoya acknowledges the importance of social networking in her career[1]; she's active on MySpace, Twitter, various internet forums, and maintains her blog at XCritic.[11]