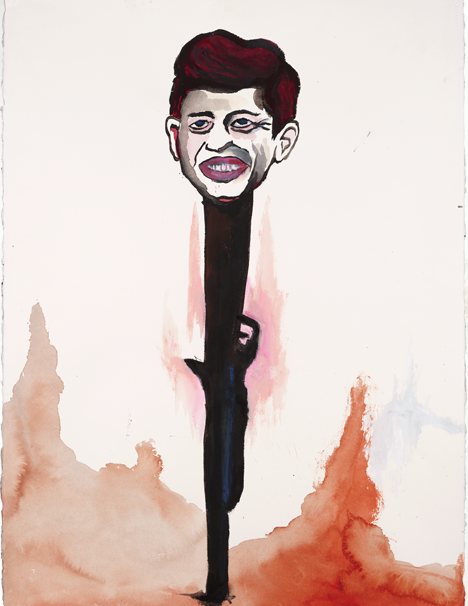 Eventually They Discovered That J.F.K. Was, in Fact, a Firearm

President John F. Kennedy is a recurring figure in the music of Marilyn Manson, particularly on the Mechanical Animals and Holy Wood albums. Kennedy's infamous public assassination is thought to be the basis of Manson's Celebritarian concept, or the idea that both the victim and murderer becomes more of a celebrity in publicized death due to media coverage and attention than anyone could attain typically. This article lists the instances of the 35th President of the United States in both Marilyn Manson's music and imagery, as well as other areas relating to the band or its influences.