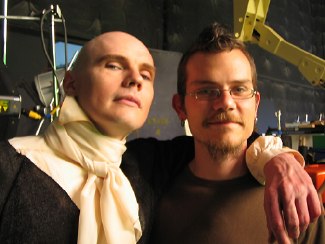 Paul R. Brown is a professional graphic designer, photographer, and music video director. In 1996 he founded Bau-da Design Lab, which currently operates out of downtown Los Angeles. Brown is well-known for his album designs for musicians such as Godsmack, Korn, Mötley Crüe, and early in his career he gained a particular notoriety for his work with Marilyn Manson. His career in music video direction has included notable videos for a diverse array of musicians including Billy Corgan, Death Cab for Cutie, the Goo Goo Dolls, Matisyahu, and Mötley Crüe. He has been collaborating with Marilyn Manson since 1996.