This page was automatically translated using Google Translate. A better translation is requested 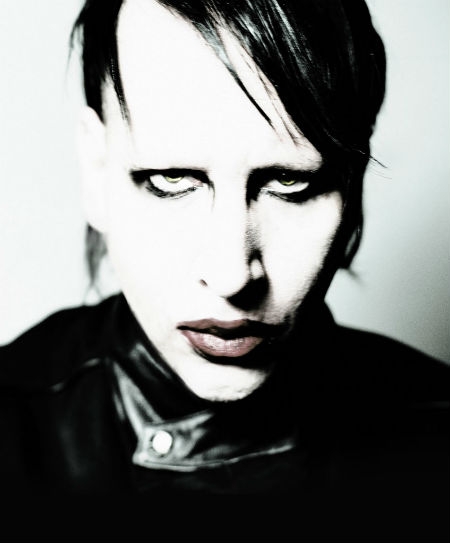 Marilyn Manson: "I'm going against the system and provoke the audience"

From the 27th to the 29th of June at ENEA supported by Rock FM will be an annual music festival Park Live. One of the headliners will be the American shock rocker Marilyn Manson. In anticipation of the Park Live we talked with musician of Russian culture, his new album and favorite music.

What do you like in Russia? Russia is often seen by Americans and Europeans as a vanguard country, but for all his visits to Russia, I realized that differs primarily a way of thinking. Even now, in the era of the Internet, there is a fundamental difference between the Russian and, for example, Americans. Works of art that are created in Russia, the Americans seem avant-garde. And I, for example, in America it is strange, but you just really like that. I largely go against the system, I provoke the audience. The Russian culture, I feel a spiritual union. That for me naturally, does not fit into American culture, but very consonant with the Russian. Your culture was interesting to me since childhood, despite the tensions that existed in relation to the Cold War. I was a kid, I did not understand what the enemy from a political point of view or what evil is in the context of religion. Now, however, I observe in Moscow Russia Americanization. But most of all I like this Russian cultural differences. What would make sense to leave America, if all other countries did not differ from it? In Russia, people think that America - a sort of glamorous country. But personally, I grew up in Ohio, there is not so glamorous. Only then I moved to Los Angeles, began traveling the world. And in Russia, I liked it, especially because you have a cold. And I like it when it's cold.

You've probably heard that because of the strict laws of the Russian foreign musicians have sometimes problems arise. For example, Madonna after her concert in St. Petersburg was sued for the promotion of homosexuality, and more recently the Polish death metal band Behemoth deported for allegedly violating visa regulations. You're known for his provocative performances, is not afraid of problems with the law? Well, firstly, I'm definitely not gay. Generally, it is something like America. I have been there several times arrested for what I did. The problem is that it is very difficult to determine where are the boundaries of art. In America, there are many examples of such misunderstandings - Jim Morrison or here with me. The fact is that considered offensive - what words or actions. One judge said during the hearing: "I can not define what is offensive - but after seeing this, I'll understand." But I do not take it all at his own expense. From the beginning I provoked the audience. Including on his new album. Incidentally, I'll play some new songs at the Festival Park Live - it will be songs that no one has ever heard in Russia for the first time I execute them. My new album will be different from what I've produced before. He imbued with the spirit of rock 'n' roll, in particular the influence of The Doors. It still has some cinematic, because I worked with Tyler Bates, who created the soundtracks to the films "300" and "Watchmen." Therefore, the album sounds like a movie, and I love it. I always wanted to create music Bible, but not in the Christian sense, but rather in terms of its universality. This album defies all charges against me, it reflects every aspect of my personality. Very large role assigned texts of songs that are inspired by Greek mythology, its symbolism, which are the source of all art forms. For me it was a great pleasure to work on this album, because I was finally able to open up in its true essence, to become the person I always wanted to be. And just at this moment of creative impulse, I come to Moscow. So we'll see what happens.

You are not only a musician, you also an artist. What forms of art still have not covered for you, what else do you want to try yourself? Throughout. Here recently tried his hand as an actor in the TV series "Sons of Anarchy" . This is the last season of the show, and I play the head of the Aryan gang in prison, so I had to draw many artificial tattoos in addition to my present. I even drew a Russian prison tattoo on his leg! Someone gave me a book about Russian prison tattoos, and I watched a few movies about Russian prison culture - that tattoos mean and how they differ from tattoos in America or Japan, for example. Therefore, the one that I have on my leg in the series, there is a certain sense, which I can not disclose. I chose it myself, but I will not say what it means - because Russian prison tattoos tell the story because the person!

What music do you prefer to listen to? I like the group Die Antwoord (this group will also take part in the Festival Park Live - approx Rock FM) . They are my good friends. Actually, I have a varied taste - from Jay-Z to The Beatles and The Rolling Stones, and even gospel songs ... Sometimes even Justin Timberlake in the playlist comes! I love heavy metal and, of course, I grew up on it. In heavy metal music I like most stories, lyrics. Music has such a feature - you like something because the song describes your life. And some of the songs themselves are so strong that they simply can not forget. The music has a special magic. There are laws combination of words and music, and sometimes a combination creates a very real chemistry. And it seems to me, on my new album, I was able to catch this magic, produce this particular chemical reaction. I think this record will be called "rock" in exactly the sense in which that word describes the music of The Doors, The Stooges and the Sex Pistols.

Who would you say is your favorite band? Well, probably, Marilyn Manson! I love my band! In fact, so many of them ... It is a difficult question! But if you choose, it will be The Beatles. I listen to a lot of them, my mother often put me their "White Album". She died recently, and now The Beatles music reminds me of her. This cycle of life. [1]