Answer 15 questions correctly for the chance to win a limited edition blue 7" mOBSCENE vinyl with poster.
All of the answers can be found throughout the pages of MansonWiki.com.

The Beautiful People
2.Which recording features a spoken word piece by Manson retelling the story of a night out on the club scene?
Number Nine Part Two


3. In 1998, what did makeup artist Mark Alfrey design for Manson?
Manson Facecast


4. Which song was performed live in 1997 at Normal, IL and Minneapolis, MN?
The Suck for Your Solution


5. In which interview did Manson say the following?:

"Antichrist Superstar was kind of an experiment, a study. A study about the abuse of power, how power can be abused in politics, religion, music. The whole thing about it was to put your emotions aside and become as powerful, as mighty as possible. To leave your feelings outside."

6. Which song bares a title that makes reference to the 1930 Evelyn Waugh novel Vile Bodies?
The Bright Young Things

9. What song did Manson cover for the Portrait of an American Family release parties and dedicate to Roman Polanski?
I Got You

10. Which Marilyn Manson painting has Manson described as a reference to Seraphim?
Easter Sunday

11. What song was originally intended to be the first single released for Portrait of an American Family?
Snake Eyes & Sissies

12.In an interview, what does Manson compare the Zapruder film to?
Davinci's The Last Supper

14.On which painting did Manson use Chamomile tea as a medium?
The Man Who Eats His Fingers (Self-Portrait Dictated to Vultures)

15. According to producer Sean Beavan, under which pseudonym did Manson, Twiggy and Chris Vrenna book into the studio to record The High End of Low? 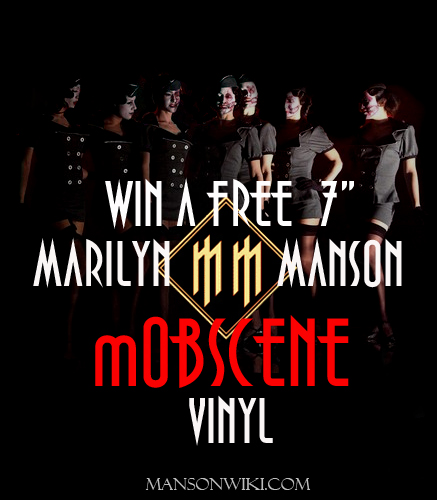