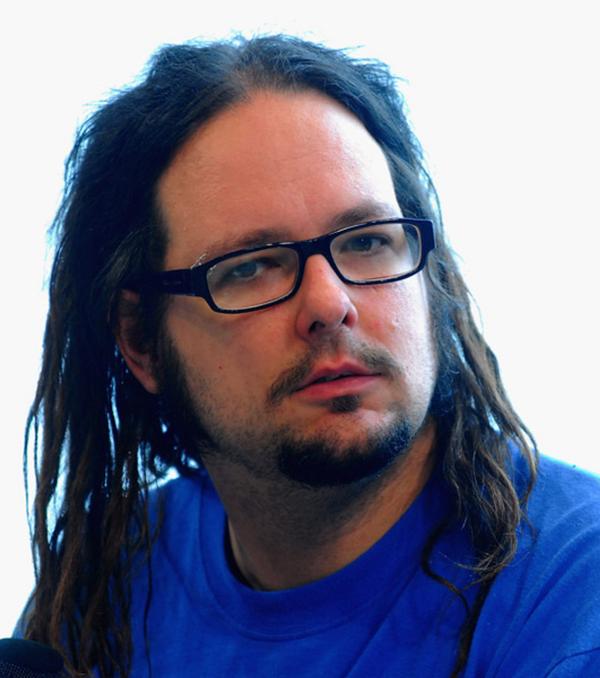 Jonathan Houseman Davis (born January 18, 1971) is a professional musician. He is the vocalist and songwriter for the multiplatinum nu metal band, Korn. He was born and raised in Bakersfield, California, where he lived with his father and step-mother. Growing up, Davis faced many hardships (including alleged child abuse at the hands of his step-mother and violent schoolyard bullying), which he later used to inspire his songwriting. He is friends with Marilyn Manson, and even commissioned Manson to perform a song he had written ("Redeemer") for the Queen of the Damned film soundtrack.