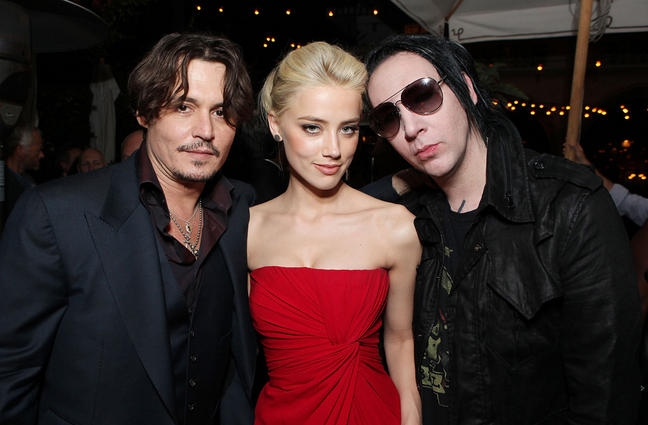 Johnny Depp, Amber Heard and Manson at the World Premiere of "The Rum Diary" in Los Angeles

Johnny Depp is an American actor, producer and musician. He has won the Golden Globe Award and Screen Actors Guild award for Best Actor. Depp rose to prominence on the 1980s television series, 21 Jump Street, becoming a teen idol. Dissatisfied with that status, Depp turned to film for more challenging roles; he played the title character of Edward Scissorhands (1990) and later found box office success in films such as Sleepy Hollow (1999), Charlie and the Chocolate Factory (2005), Rango (2011) and the Pirates of the Caribbean film series (2003–present). He has collaborated with director and friend Tim Burton in eight films, most recently with Dark Shadows (2012).

Johnny performed lead guitar and drums for a cover of Carly Simon's "You're So Vain", which appeared as a bonus track on some editions of Marilyn Manson's album Born Villain.[1]

Manson was pictured by L.A. Times photographer Lawrence K. Ho in May 2012 with the words "No Reason," a recurring lyric in the song "Overneath the Path of Misery" inked on his left wrist directly above his Spiral Heart tattoo. Johnny has the same tattoo on his arm. 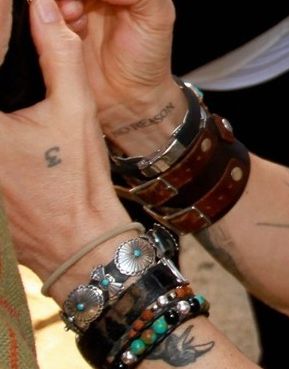