We spoke with Marilyn Manson about his prescient new album, the loss of his close friend Norm Love Letters, and collaborating with Shooter Jennings.

Marilyn Manson is the human embodiment of chaos.

Countless twists and turns define his 30-year career, as he has gone from shock rocker to Antichrist, painter to actor. Each stage of Manson’s oeuvre could fill a tome—the only constant is that Manson’s next move is never what you expect it to be.

For his 11th album, “We Are Chaos,” Manson teamed up with an unlikely partner, Shooter Jennings. The two had met around the time Manson was on “Sons of Anarchy,” and the television series had wanted them to collaborate on a song. While that didn’t come to fruition, the musicians struck up a friendship and knew that one day they wanted to work together. 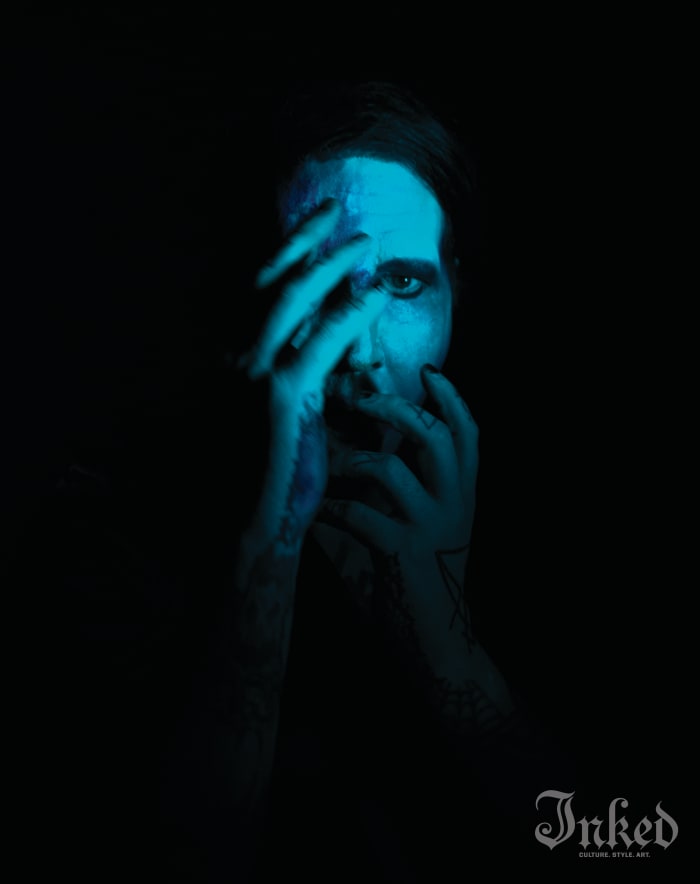 “It’s strange, because I’ve worked with different artists over the years,” Manson says. “Shooter is probably the most, if possible, perfect producer for me to work with. The songs came so fluidly. We started doing stuff together and it just bloomed into something that we weren’t really certain was going to be able to be finished because of touring and complications.”

The two carved out time whenever they were able to, and after two-and-a-half years of intermittent studio time, they put the finishing touches on “We Are Chaos” right as the world was starting to shut down. “It didn’t literally take that long to make it,” Manson explains. “It took this long for it to marinate and become something. I’ve found in this life that things happen in strange ways, good or bad, for a reason. [The title track] happened to come out, unexpectedly, at a time when it definitely speaks to how a lot of people feel.

“Hopefully it reaches people in a way I have not even expected it to,” Manson continues. “It was more about mental health than it was about physical health.”

Many of the lyrics throughout the album feel like they were specifically written to fit this very moment in history, despite being penned well before COVID-19 was part of our lexicon. There is a delicate balance between the lyrical content of the album—which can come across as quite apocalyptic—and the music playing beneath those lyrics. Yes, there are the sort of grinding guitar sounds that one expects from every Marilyn Manson album, but there are also sounds reminiscent of Roxy Music, Iggy Pop and, most notably, David Bowie. 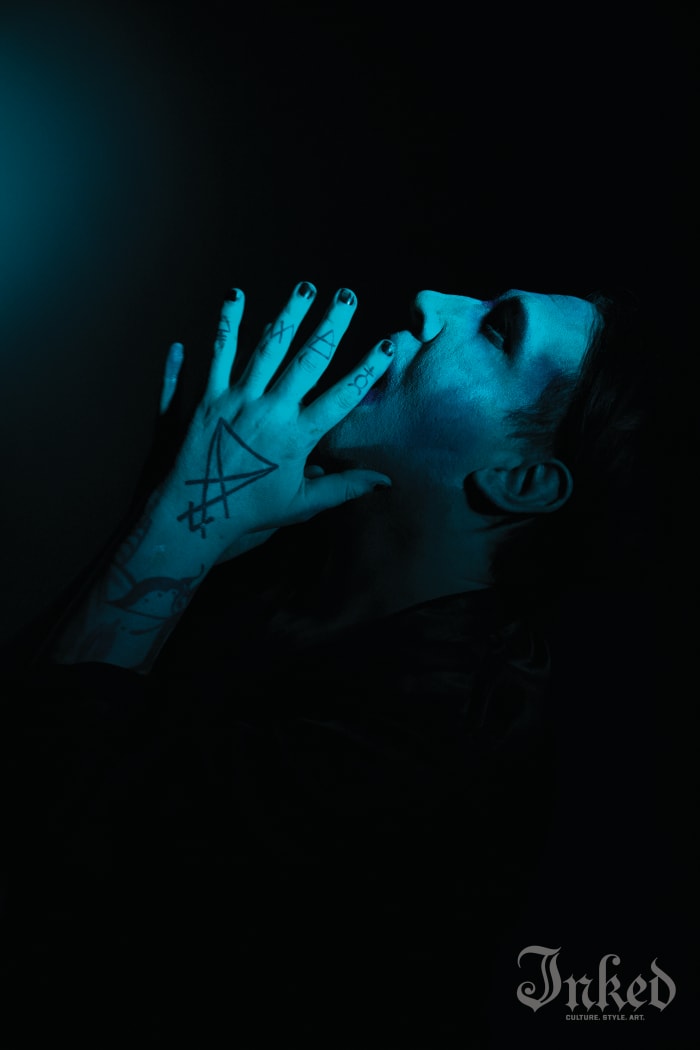 “Our conversation began with the Berlin Era, [Brian] Eno and Bowie,” Manson says. “We were talking about our love for different songs. We love “Diamond Dogs” so much and we wanted to really try to put our mindset into doing something that felt that way to us. We weren’t trying to emulate it, or trying to replicate it, which is impossible, but we wanted to capture the feeling that was around us.”

Their shared love of that time comes through, particularly on tracks like “Paint You with My Love” and the haunting album-closing “Broken Needle.” The respective musical backgrounds of each musician are also evident, complimenting each other throughout the album, but also pushing themselves toward a new direction.

“The strange thing is that a lot of it was recorded with Shooter playing guitar while I was singing,” Manson says. “He doesn’t really like to play guitar, although he’s great at it, he’s too shy to admit it [laughs]. I would force him to play guitar, and some bass lines also. There is a haunting element to it, I wouldn’t say country, I would say “Gimme Shelter”-era Stones. It has haunting elements of his father [Waylon Jennings].” 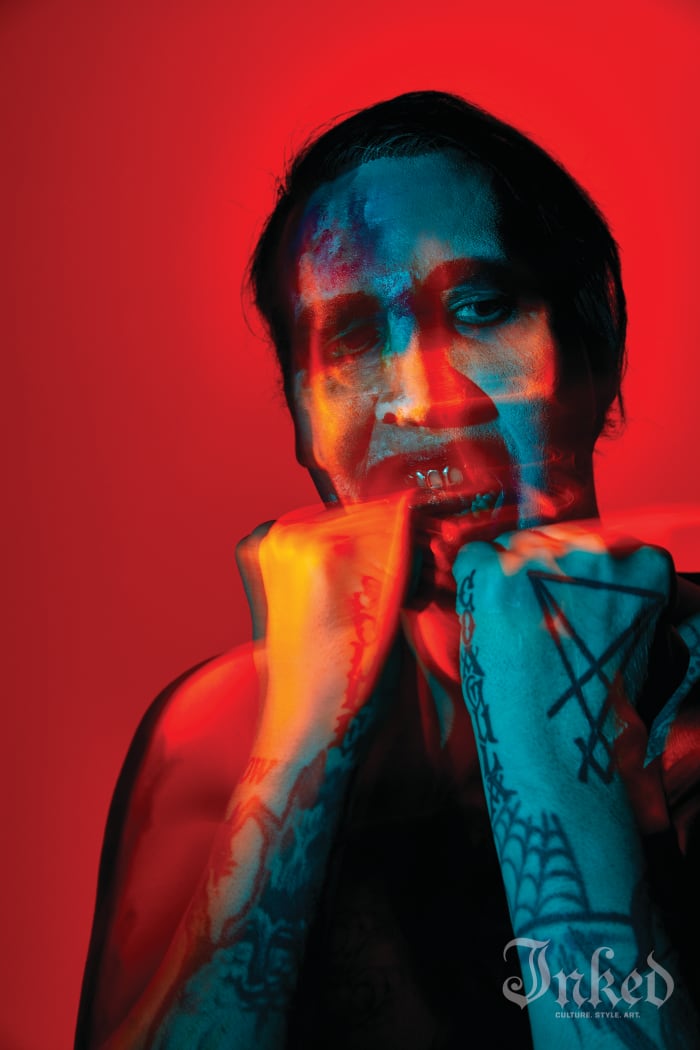 Manson, as he tends to do, presents many raw emotions throughout the album. Some of the pain stemmed from the loss of somebody close to him. “I had just finished a tour and one of my best friends was Norm Love Letters, the tattoo artist,” Manson recalls. “We had a scheduled appointment in two days... I had talked to him two days before he died. It was so heartbreaking. We had a very, very close relationship. I love that guy so much.”

Manson’s tattoo collection can be broken into two distinct sections—the ones he got very early on and those he got after 2006. The demarcation line can be seen quite clearly, as his later tattoos, many of which were done by Norm, are only in black ink. Those earlier pieces were often a topic of discussion for the two.

“It was something that Norm used to joke about,” Manson says. “He would joke with me about the tattoos I have on my shoulders that are, you know, from the ‘90s. He would say, ‘Man, these are the best ‘90s tattoos.’ I’m like, ‘Are you fucking making fun of me?’ He’d say, ‘No man, I’m serious. I want to bring back ‘90s tattoos. I want to bring back tribal tattoos.’ And believe me, that was something I was never interested in.”

As Manson speaks about all of the work that his friend did on his body—the sigils on his fingers, the cross on his chest, the back piece that he reworked—you can hear the love, and a tinge of pain, in his voice. It is clear that these tattoos are revered by him in a way that his earlier tattoos aren’t. “I wanted to remember each piece as part of my life,” he says of his more recent tattoos. 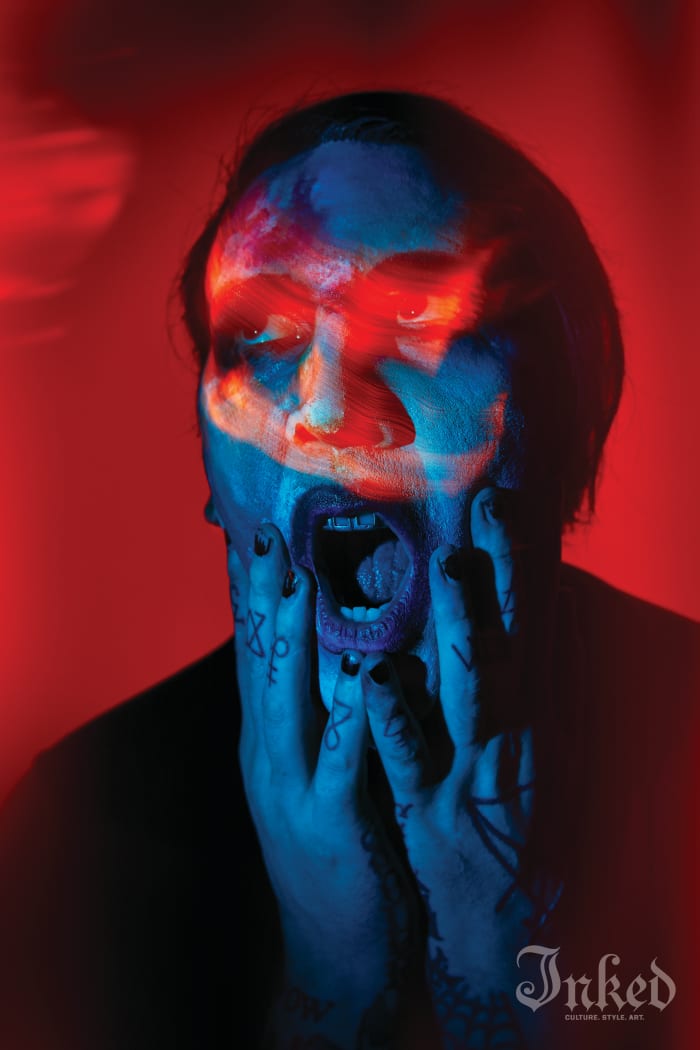 As a man who dabbles in art of all kinds—painting being his preferred visual medium, including the cover of “We Are Chaos”—Manson has had some input into his tattoo work. Many of those ‘90s tattoos that Norm was so fond of were based off of Manson’s own illustrations. Has he ever created a tattoo?

“Yeah. Not successfully though,” Manson laughs. “I can paint. It’s not in any way the same thing as making a tattoo. The way that I like to work as a painter is too fluid, I just don’t understand the tattoo gun like I do a paintbrush. I suppose with enough practice… but it seems really fucked up to practice on people. I like the idea, but I don’t think my penmanship or my geometry… the point is that I don’t think it would be smart for me to put something permanent on someone’s body [laughs].”

It’s funny that Manson mentions his penmanship, because while he may not be giving out a lot of tattoos, he has seen countless tattoos of his signature on fans. “When I’m at meet-and-greets where people pay to meet me, which is insane,” Manson says, “I feel sometimes like Santa Claus in a weird way. I’m very conscious when signing, I don’t want it to look like shit. It’s a weird thing to have someone tattoo your signature on them. It’s flattering, of course. But it’s also odd. In some ways I feel obligated to make sure I maintain them as a fan so that they don’t feel like shit about getting the tattoo later.” 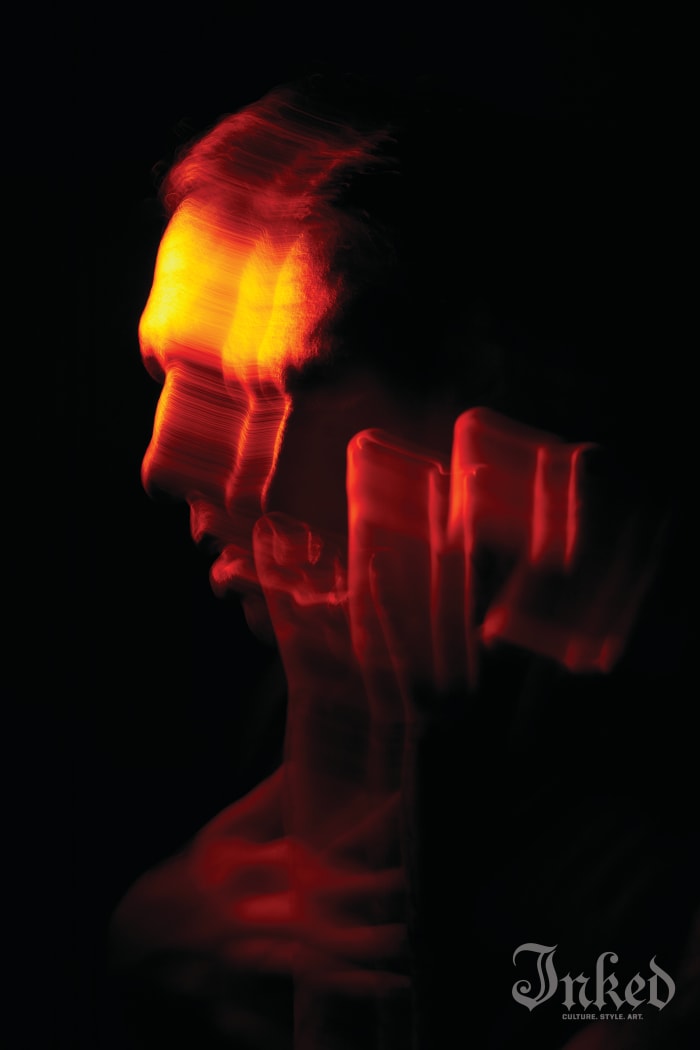 By this time in his career, he’s likely seen thousands of tattoos inspired by his music, but he’s never become jaded by it. He’s seen his signature, he’s seen pieces inspired by his paintings, he’s seen lyrics, and he’s seen some pretty strange ones. He often takes pictures of the portrait tattoos he finds, amazed by the level of artistry put into them by the tattooer.

For an artist who continually reinvents himself, it’s interesting that he has covered himself in permanent art. One would think that the constant chaos and change in Manson’s career would steer him away from such everlasting work, but it has been quite the opposite.

It’s oddly appropriate that when the rest of the world was in turmoil trying to come to grips with a lockdown, Manson was at ease. “I prefer silence and the ability to be alone,” Manson explains. “Admittedly, it’s been claustrophobic at some points, but not so much where I can’t… I have five cats. So that’s one part that entertains me.”

Manson is releasing an album into a world that is far different than the one in which he created it. Words written two-and-a-half years ago feel strangely prescient.

“We are sick, fucked-up and complicated,” Manson sings on the title track. “We are chaos, we can’t be cured.”

He’s right about that first part. The second part? We’ll have to wait and see. 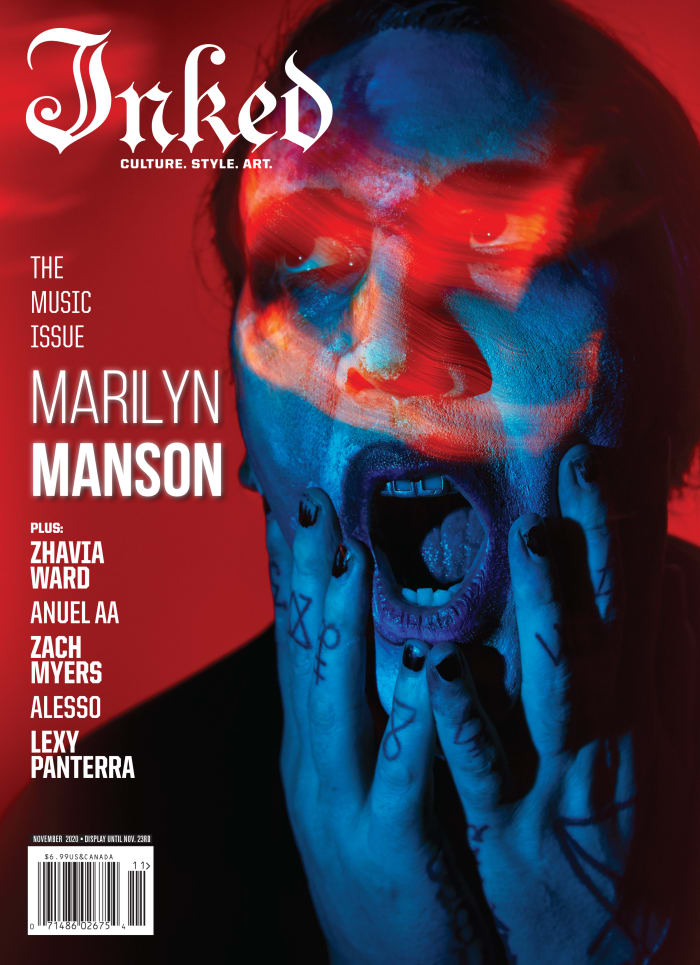