June 27, Marilyn Manson will perform at the Festival Park Live in Moscow, and on June 29, his concert in Novosibirsk is expected. However Novosibirsk activists continue to insist on the cancellation of the musician's concert, accusing him of promoting non-traditional sexual relationships and offending religious feelings. Manson talked about the situation and the upcoming concerts in Russia, Ivan Urgant, religion and death.

It seems that in 2014 decided a good shake up, music, directing, acting and personal life of Marilyn Manson and to check the strength of the rocker, tirelessly both pleasant and sad surprises. May 13 after a long battle with dementia Manson's mother died. In an interview with Larry King, the singer admitted that he was sorry, that did not communicate with her mother when she was not exposed to the disease. After her death, he tweeted: "Mom, the first and greatest man who believed in me ... I hope that someday we will meet again. But not now, because there are still a lot of what I promised to fulfill. I will make sure that you will be proud that you'll know - your son became what you wanted so much to see him. I love you. " 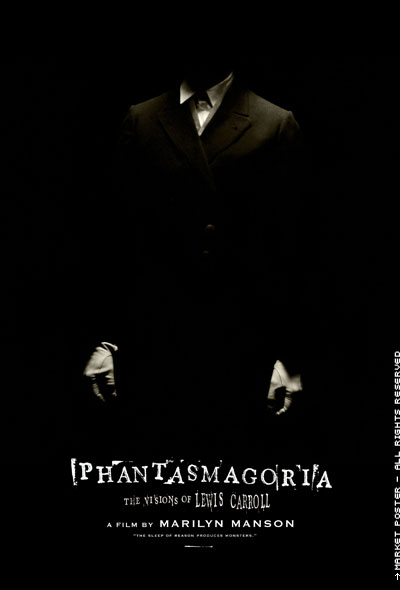 Among the pleasant surprises was the invitation received by Marilyn Manson in late May, to play the role of Ron Tully in its seventh and final season of the biker drama "Sons of Anarchy" . According to the rocker, "Sons" were a significant part of his life, as well as his father's life. He accepted an offer to play in the series including because he wanted his father to be proud of him. Already revealed, are the first official pictures of Marilyn in the role of Ron Tully. In addition, Manson returned to his directorial and experiments in cinematography - he will continue to work on a film about Lewis Carroll "Phantasmagoria" , which he started in 2002. However, the details have not been disclosed.

Marilyn Manson is preparing a new album, that is rumored, will be released in 2015 and for which rocker world tour. While all that is officially known - is that Manson wrote the music for the new album, along with the American composer and producer Tyler Bates ("Dawn of the Dead", "Raven 2", "300", "Californication"), it sounds will be very cinematic, and the final number will be his soundtrack to the TV series about witches "Salem" called "Cupid Carries A Gun" .

Not clear what exactly of the above makes for Marilyn Manson's "anti-family values ​​advocate and depraved lifestyle," but until correspondent RS , at the request of the rocker, helped him correctly pronounce the name of the city Novosibirsk, particularly active residents of the city had to dash off another angry petition to the mayor Anatoly Elbow to repeal this concert, "a U.S. citizen, who can earn in Russia several million dollars" on the background of Western sanctions against Russia. What Elbow replied that he burned with shame, because it does not know of Marilyn Manson, and does not understand where there was this promise - he has no authority to cancel concerts. However, at the moment the city administration believes that citizens should not detract anything from playing local amateur shows on the City Day on June 29, and you want to transfer Manson concert on June 30. Negotiations with the organizers were unsuccessful - Marilyn Manson- still in Novosibirsk will play on June 29.

Naturally, RS asked Marilyn what he thinks of the Novosibirsk "witch hunt" under the slogan "Say 'no' Uncle Manson", the singer, with his characteristic calmness and irony replied that, first, it is not Uncle - for this he had to have siblings and terrorize their nephews and nieces. Second, technically, he can not earn millions of dollars in Russia, because Russia currency is not Dollars. As for the accusations of promoting non-traditional sexual relations, Manson responded to them as follows in an interview with RS : "Unconventional? Refers to a homosexual relationship? I can say that there should be no doubt in my orientation. Yeah, I'm not afraid to look like a woman, but it has nothing to do with homosexuality. But at the same time ... there's always some "but" ... I do not know what a "traditional" as such. I am a very ordinary man. I also use a fork and knife. Not for love-making, and for meals. As for sex, it's, I'm sorry, my personal business. I do not do it in public. Some guys might think that I look like a gay, but that's okay. It's not my fault. I am a traditional man in the image of the bad guy."

About "insults the feelings of believers" Marilyn Manson said that he went to a Christian school, and can surpass any in the discussions on a religious theme. "I'm a man of broad views, open-minded. And I am very tolerant of religious people. And do not insult them. For example, I've never hit the pope in the balls and did not call him an asshole. Anyway, while ". Check Manson in Russia is already the seventh. Rocker promises to perform songs from the new album, as well as surprise Russian fans something special, that he wished to keep secret. "I love Russia. And I love snow. I grew up in Ohio, and in Los Angeles, where I live now, no snow. I love Russian culture, especially the avant-garde artists and Russian architecture. Very interesting approach to cultural expression. Each of my visits to Russia passes incredibly fun. And I'm trying to learn Russian, but it was insanely complex - yet another alphabet. But I like the sound of the language, particularly when the Russian women speak it. " Marilyn Manson remembered their participation in the First Channel "Evening Urgant." "Oh, yes. Guy with my lipstick. It was fun. Very similar to the American show with David Letterman. It was funny, because he (Ivan Urgant), at least, understood American culture and ridiculed me as a person not understanding anything in the Russian culture. Others would certainly advantage of the situation, that dude does not know what is happening around him in the studio. So I pretended that I know Russian, and he could not joke on me. I outsmarted him."

Not so long ago official account of Marilyn Manson appeared the social network Vkontakte. However, he assured the rocker RS , that any of the pages in social networks will not start. Is there and fan group «Marilyn Manson», devoted to the work of the singer, where fans Manson discuss even the most unusual topics related to their rock idol: for example, how Manson could get away from life. Among the most original versions were named Ozzy Osbourne bite off his head, or that Death itself will die from Marilyn Manson. Rocker liked both versions, however, he proposed his own. "I would advise Death to take me with him. I would say, "Hey, get-ka you his scythe to hell." Then I would have forced her to undress and she would show decency Russia. But I myself would have gone there. I would buy a plane ticket to death and gave you guys a chance to fix it."