Interview:2013/07 From the Void to Chaos with Chris Sutton

Having worked with a plethora of notable performers and artists, unbeknownst to most, Designer, Performance Artist and Fashion Director, Chris Sutton has been responsible for many of Marilyn Manson's more recent on stage looks, as well as fashion direction and custom pieces featured in the music videos Slo-Mo-Tion and Hey, Cruel World.
Originally from Belfast , Northern Ireland, and based in London, and with an ambition to break into the film and theater industry of Hollywood, Chris' vision and lean toward the dark side drives him to create some of Manson's most interesting looks to date.

MW: You have a background in costume design and film; what is the interest or attraction for you, and how did it all begin?

CS: My background is Fine Art and Theater, I ended up doing work in film as I walked out of my art university course. They kept telling me what to paint so I left. They said ‘fine leave if you can do it better’ so I walked out, and I did it better.

The attraction of film and theater, is the dark magic. Hollywood and story telling is the kind of thing my dreams are made of. I wanted to exist in a dream. Reality was too much hard work.

MW: You've left your London based studio, Void of Course, and you're now developing a presence in the US with Chris Sutton Studio. Is this an independent project and what are your goals and ambitions for this to develop into?

CS: Void of course was the name I worked under previously, I've now moved on and renamed this under my own name as it's more pure and a new focused vision. So moving forward and up, I started my own studio and kept working. My goals are simple, I'd love to do costume on feature films in LA, on TV shows and to continue my tour and consulting with artists. Movies would be fun. 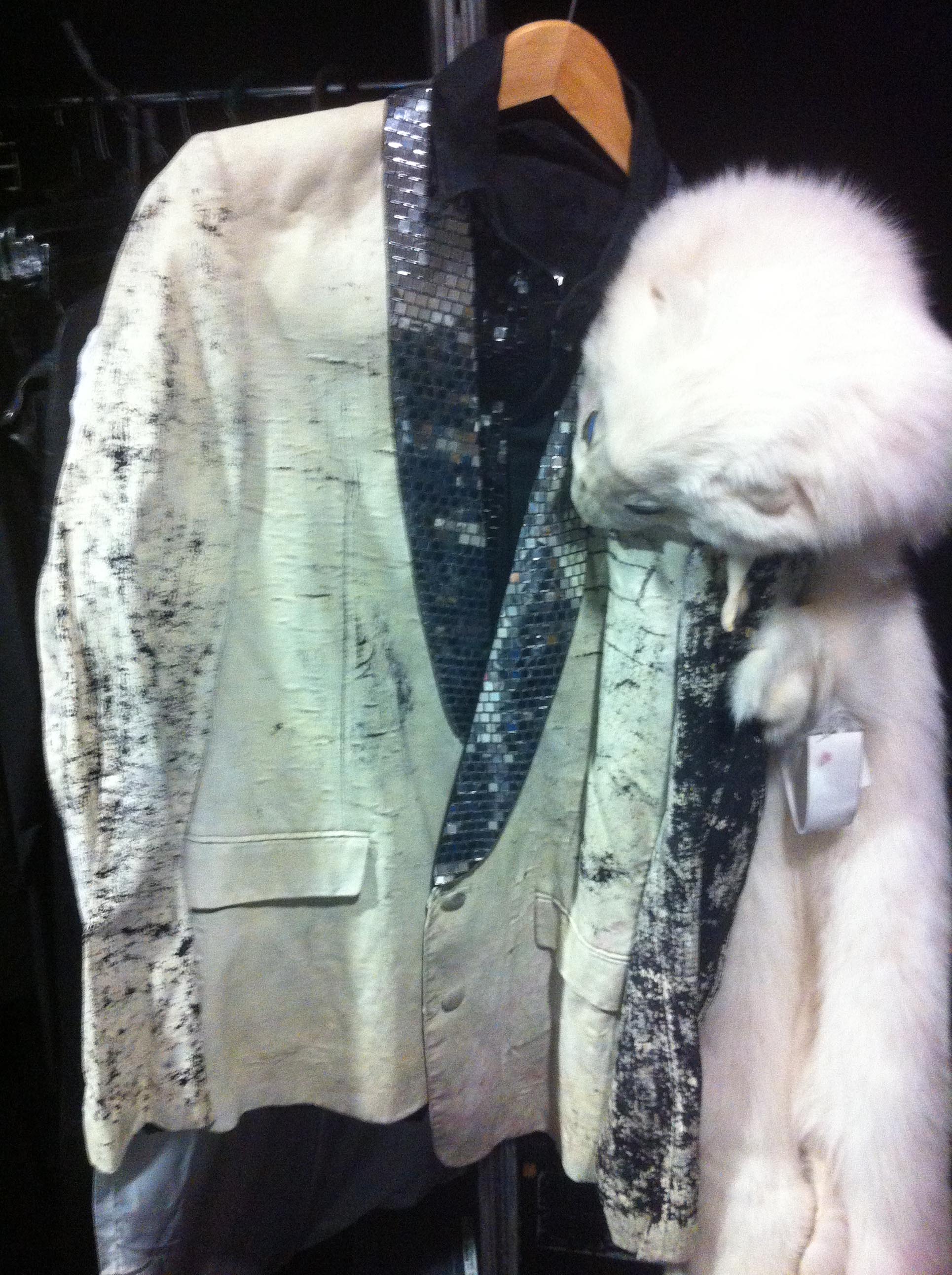 MW: You've worked with a number of well known performers and are now currently designing for Marilyn Manson, how did this come about?

CS: It’s a very instinctual thing. I have been approached by many performers but the ones I click with are the ones I know I'll work hardest with. Its more than a work link to me, I have to believe in them completely. Manson and I crossed paths when I was returning some video tapes one night.

MW: Your work leans toward the dark side with a punk influence, the masks, and the more recently revealed suicide ring. Are these a direct influence of Manson, or are these works more Chris Sutton?

CS: I’m not sure I think of it as a style, its my view of things. The ring was an idea I had that I showed to Manson. But I will say we think similarly. He ignites a lot inside people creative. That’s why he is who he is.

MW: Your pieces to date seem to be personal, custom designs, could you see Chris Sutton developing into a clothing/fashion label for a broader fashion market?

CS: Yes, perhaps.. the detail and the intensity of a bespoke couture piece is something I love. I’ve made collections before and the retail aspect bored me. I am working on a small ready-to-wear collection but its for fun and for love.. not money. Money can fuck off.. I'd rather have ideas. 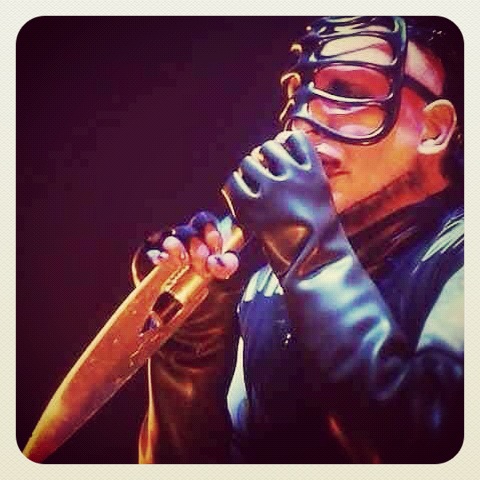 MW: Can you tell us the inspiration for your current pieces and looks being used on tour for Marilyn Manson?

CS: My current pieces are inspired by brutality and greatness. I'm working on a ‘fuck you’ bomber jacket and a ‘fuck me’ couture dress for a film piece I’m making for Nick Knight. That is inspired by sex and hate.

The ideas came from late nights and listening. Same as always.

MW: Would Manson's Phantasmagoria be something you could envisage working on?

CS: Yes, in fact its a collision of pretty much everything I find exciting. It would be a big responsibility to create a unique solid vision for this project. To be honest I think I'm the man for the job. However I'm sure half of Hollywood want that gig. But I'm up for earning the chance to be considered. I'd bleed for it.

MW: What style would you bring to it?

CS: That is very much dependent on the feelings and the mood of the scenes, and of what the director wants.

I would bring a VISION to it...

and any project Manson is involved with, has to have something exceptional about it. So I would have to do the best work I have ever created. Simple. Visceral. Chaos and feelings of unreality.

MW: You've also recently been raising funds toward creating a fashion film for the New York exhibition, “Punk: chaos to couture”. This is your New York debut currently at MET Museum. Can you tell us about this project?

CS: Well, its for the creative genius Nick Knight, who curated the NYC exhibition. Its an art/fashion project that is for his SHOWstudio site that will run along the exhibition. I have worked with Nick before and the team has an imagination that is limitless. So I wanted to approach this without any boundaries. Its my own love letter to hate. I cant say much else about it.. but I'm shooting it soon. Its taken me a bit longer than usual as London and Paris Men’s Fashion weeks and some jobs for Steven Klein landed in the middle. But I'm excited about it..

MW: With that title in mind, how would you describe Marilyn Manson, more chaos or more couture?

CS: He is the source of chaos.

The SHOWstudio film, Punk: chaos to couture, and website www.chrissuttonstudio.com  are expected to premier  August 20.