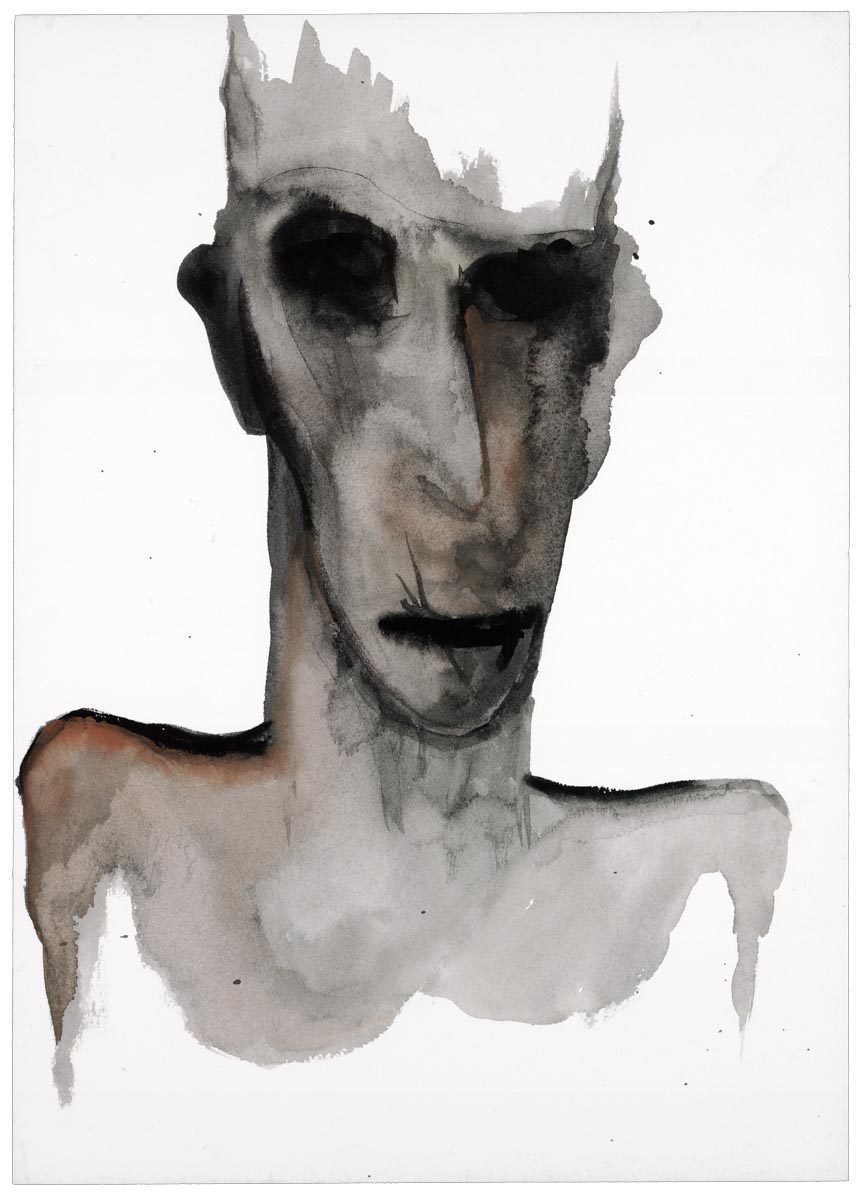 II (The Grey Series) is the second in a series of nine self-portraits known as "The Grey Series". This painting by Marilyn Manson portrays a figure painted in greys with an angular face. Compared to the last portrait, this one is more close up and has shades of fiery orange. See marilynmanson.com/art/paintings for availability. The paintings were created from 1999 through 2000. It has been said The Grey Series was painted at a time of depression. (Unconfirmed)