Kenneth Robert Wilson (born September 28, 1966), better known by his stage name Ginger Fish, is a professional musician. He is the former drummer of Marilyn Manson and is currently involved in Rob Zombie and his side project Martyr Plot. His stage name is formed from the names Ginger Rogers and Albert Fish. He's been described by Manson as "the quietest and most dangerous of us all, a ticking time bomb gingerly waiting a cataclysmic explosion". Manson's also named Ginger as "the strangest and quietest person in the band". Ginger doesn't do drugs, a rather uncommon feat for members of the band.

Having played drums since he was in second grade, Wilson eventually went to the University of Nevada Las Vegas to study music; during that time he played with several underground bands from the area. The band Marilyn Manson had already agreed to replace their current drummer at the earliest opportunity. Ginger learned the drums off of the first album, Portrait of an American Family, and was asked to join the band in march of 1995. Despite constant band member changes, Ginger is only the second drummer for the band, not counting a previously used drum machine; his playing can be heard on Smells Like Children and every subsequent Manson album, except Eat Me, Drink Me, where Manson decided to use a drum machine. He was temporarily replaced by Chris Vrenna for a year when in 2004 during the Viva Comet Awards a head injury left him unable to tour; however, he remained a member of Marilyn Manson. While Manson was on tour, Ginger started a side project. Rumors of Ginger not returning to Marilyn Manson were squashed after he performed "This Is Halloween" on the Tonight Show with the rest of the band. Though he did not appear on Eat Me, Drink Me, he did a remix for the track "Putting Holes in Happiness", on which his piano playing can be heard.

Ginger is known to have suffered many injuries while performing. His injuries include having a mic stand thrown at his head (video), having a guitar smashed full strength into his hand (nothing was broken in this case besides the guitar), tearing a ligament in his right knee, and falling off the back of his three-foot drum riser and subsequently off the stage (Ginger was replaced by Chris Vrenna after this incident so he could heal during the year-long tour). In addition to these, Ginger's drum tech became fed up with Marilyn trashing the drum sets during the Guns, God and Government tour. Hoping to put and end to this, the drum tech strapped the set to the riser. Manson simply broke the straps, and the extra force caused the kit (and Ginger) to be catapulted off the riser. When he landed, Ginger broke his collarbone. A month after this incident, a disc in his back herniated. Ginger has also had mononucleosis.

Ginger can be heard on Smells Like Children and every subsequent Manson album until and including The Golden Age of Grotesque (2003). On the Guns, God and Government tour in 2001, he broke his hand and collar bone while the band was destroying the stage at the end of a concert. However, he still played with one hand for the rest of the tour. He was temporarily replaced by Chris Vrenna for a whole year when in 2004 during the Viva Comet Awards a head injury left him unable to tour; however, he remained a member of Marilyn Manson.

Fish did not contribute to Marilyn Manson's sixth studio album, Eat Me, Drink Me however, because he was not available during the haste-yet-steady writing and recording process of the album. Despite this, he still remained part of the band, performing drums during the 2007-2008 Rape of the World tour.

During the production of The High End of Low, Ginger played the piano on "Into the Fire", however Chris Vrenna played drums on the whole album itself. [1]

Ginger's role in the recording of Born Villain remained unknown. On February 23, 2011 Ginger Fish announced his departure from the band. 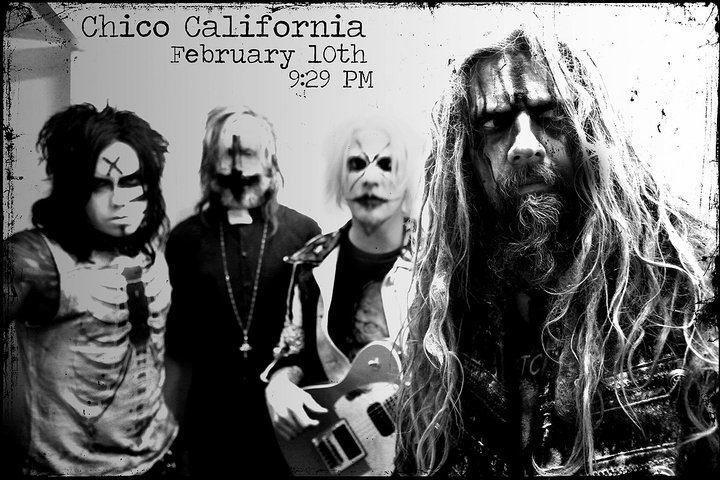 In 2011, Ginger joined former bandmate John 5 on tour with Rob Zombie during the February USA warm up dates, while regular drummer, Joey Jordison, from Slipknot/Murderdolls toured in the UK with the Murderdolls. Ginger made his Zombie drumming debut on February 6 2011. A fan reviewing the show had this to say regarding Ginger's performance from February 10th, 2011:

The following is a list of all of VJ Ginger Fish's appearances. 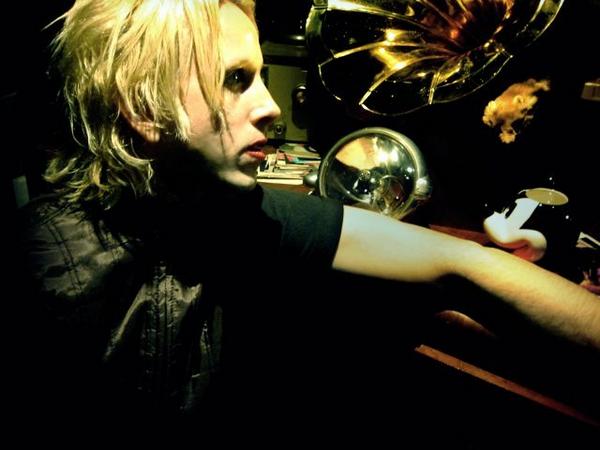 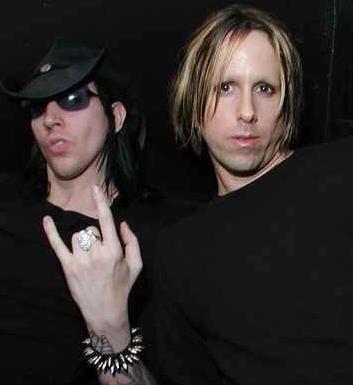