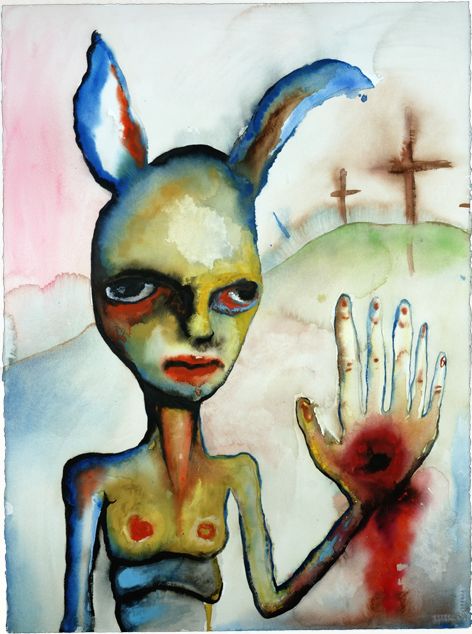 Easter Sunday is a painting by Marilyn Manson. This painting shows a part human part easter bunny figure in the foreground, while in the background we see the green hill of calvary/golgotha still with the execution crosses of good Friday in the background. the easter bunny caricature shows signs of stigmata, (the wounds of Christ) and an extra finger, which Manson personally has stated is reference to Seraphim angels. It is now unavailable as it has been sold.