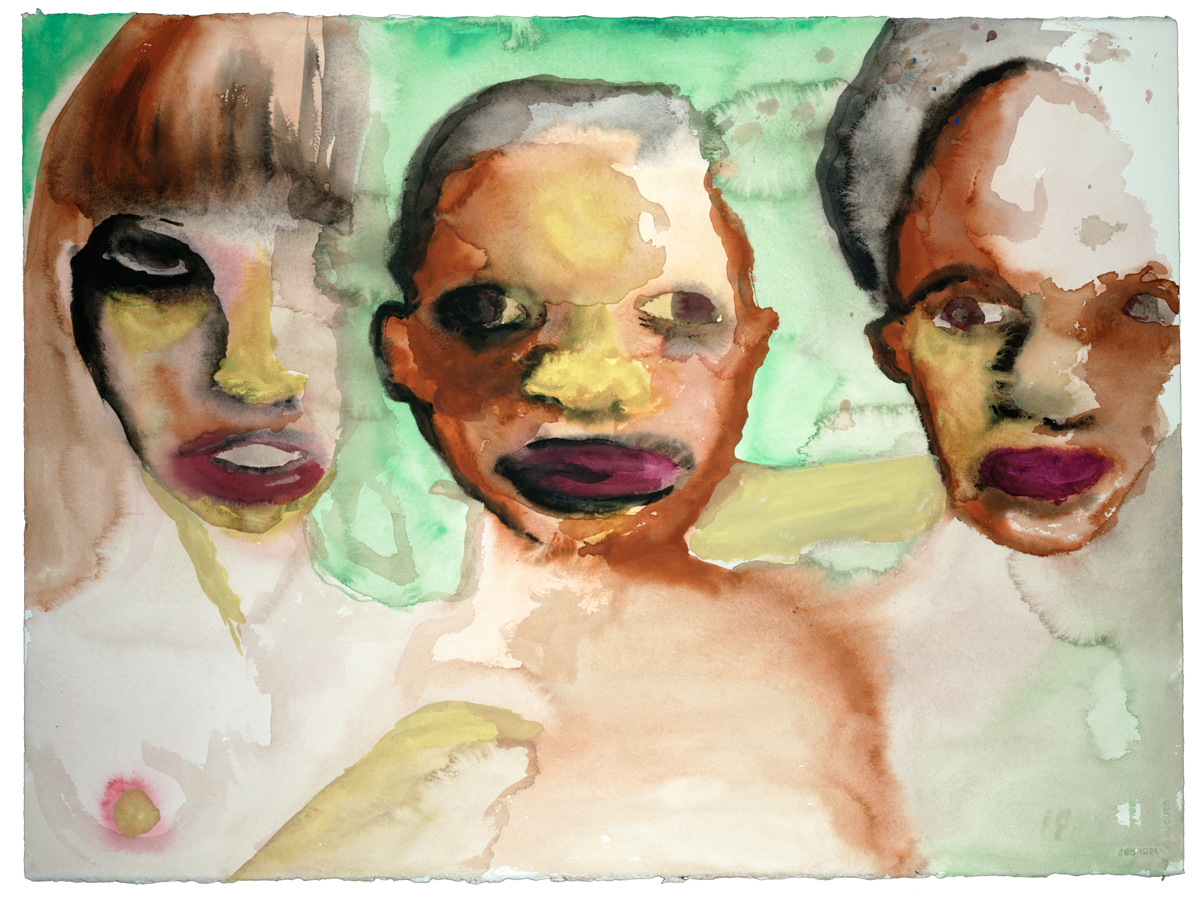 Different Strokes is a painting by Marilyn Manson. It depicts three nude figures, two men and a woman. It is for sale at marilynmanson.com paintings.

Diff'rent Strokes was a TV show from the late 70s through 1986 about an upper class father and his daughter who took in the two sons of their recently deceased housekeeper. The show made stars of Gary Coleman, Todd Bridges, and Dana Plato. While a comedy, the show explored serious issues such as drug and child sexual abuse. Later, in real life, Gary Coleman, who suffered from a congenital kidney disease that stunted his growth, filed for bankruptcy and ran into legal trouble before dying an early death at 42.

Actress Dana Plato became pregnant at nineteen and was dropped from the show. From there, she became a drug addict, losing custody of her child. She died of a drug overdose in 1999 at the age of 34, her death ruled a suicide.

After the show's demise, Todd Bridges, who played the older brother, developed an addiction to cocaine. After running into trouble with the law for multiple felonies he got sober and travels across the United States touring schools and discussing the dangers of drug use.[1]

While it has never been said who the subjects are in Manson's painting the similarities are too strong not to be mentioned.