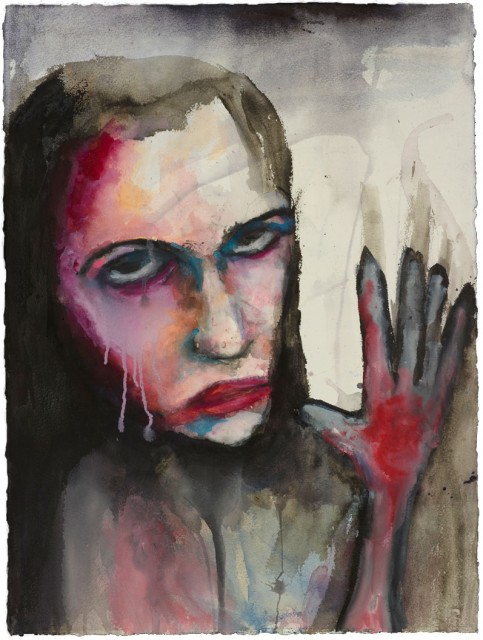 Damien Echols, Political Prisoner is a painting by Marilyn Manson depicting Damien Echols. The painting was first seen on a 2010 myspace update of works in progress. In 2011 the painting appeared on MarilynManson.com with the caption: "I wanted this painting to be the hand that once waved goodbye, now waving hello to a new life."[1] The painting was auctioned off to raise funds for Damien's defense fund.