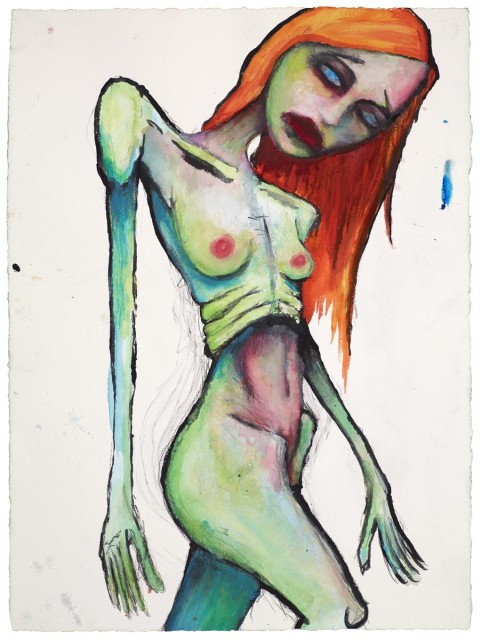 The work likely alludes to eating disorders such as anorexia and bulimia. People who have extremely little fat and muscle tissue as a result of eating-disorder-linked starvation are often described as resembling prisoners from Nazi concentration camps, many of whom were starved to death as part of The Holocaust.