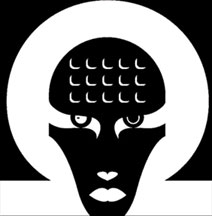 Beginning in 1998, the Mechanical Animals era was the start of the band's journey into a more pop-influenced sound and represented the second part of what would become the Triptych. Casting away the sinister tone of the previous era, the band had adopted a 1970s glam rock style, both visually and musically, which borrowed heavily from the aesthetics and music of David Bowie, Manson's biggest influence. Despite appearing to be more lighthearted, the themes of this era were just as dark, if not more so, than its predecessor. Themes included drugs, fame, celebrity, and nihilism. And the beginnings of what would be later be known as Celebritarianism could be seen as early as this era, in songs such as "Posthuman" and the controversial video of "Coma White".

During this era, Manson frequently posed as the fictional alien-turned-rock-star Omēga, as seen on the album's cover and in various music videos, which resulted in both controversy and praise concerning the shocking new appearance. Despite this, the era would prove to be a huge commercial success, largely due to the popularity of "The Dope Show" and its infamous music video, and placed the band further at the forefront of the media. It would also be during this era that the events of the Columbine High School Massacre would occur, which would have a large financial and social impact on the band as the band was forced to cut their tour short and go into seclusion.