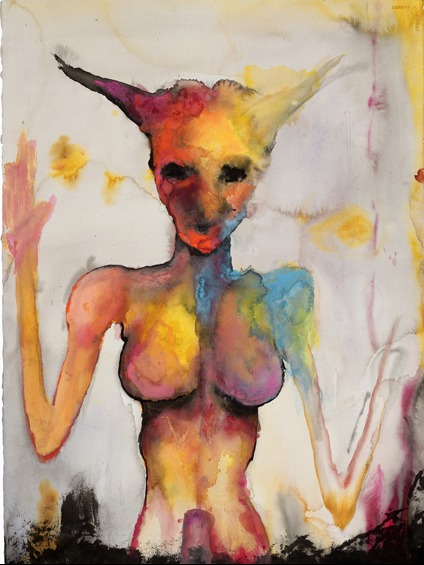 Baphometh is a painting by Marilyn Manson. It depicts a horned figure with his fingers raised, in reference to Baphomet whom the band has visually referenced throughout their career and as far back as the fliers for the Spooky Kids. It is available for sale at marilynmanson.com paintings.

It should be noted that in a 2009 interview with Shockhound Magazine, Manson revealed that Twiggy and himself wrote the entirety of Antichrist Superstar during a week long crystal methamphetamine binge in the back of a tour bus, of which this painting shares a similar theme and the obvious pun on the title Baphometh.