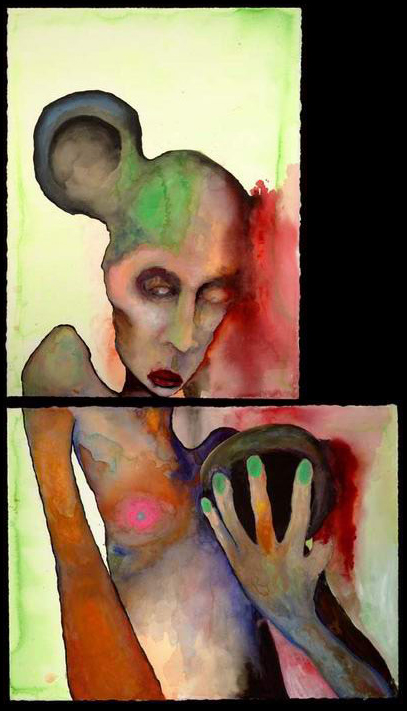 Anaclitism is a painting by Marilyn Manson. It depicts a lean figure with Mickey Mouse ears, though he seems to be holding an ear (presumably torn off), still bleeding. The image may refer to the Dutch paint artist Vincent van Gogh, who cut off his ear under the influence of absinthe. Manson commented on the painting saying "So I've cut off one of my mouse ears and I'm staring at it and wondering how I will still be the leader of the club", a quote that would later appear in the lyrics of "Ka-boom Ka-boom".