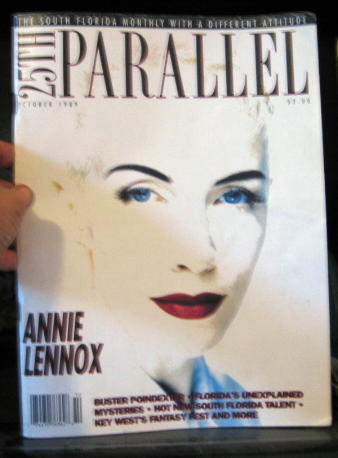 An issue of 25th Parallel, featuring Annie Lennox on the cover.

25th Parallel is a South Florida lifestyle magazine. Brian Warner, better known today as Marilyn Manson, worked for the magazine in the 1990s writing music articles. This is initially how Manson began his career in becoming an artist as he interviewed Trent Reznor, who he later befriended and helped by producing two of Manson's albums in addition to signing him to his Nothing Records label in 1993.

The magazine is named after the 25th parallel north, a circle of latitude that passes through Florida.