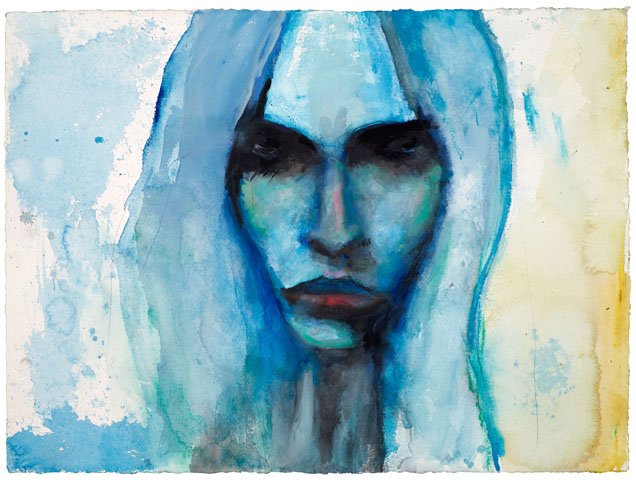 "Wraith" is a painting by Marilyn Manson, depicting his former fiancée Evan Rachel Wood in a monochromatic blue tone. It made an appearance at Manson's Hell, Etc. art exhibit between April and May of 2010. Initially rumored to have been given to The Nachtkabarett's Nick Kushner as a gift in May 2010, Kushner clarified in an interview with MansonWiki that his copy of "Wraith" is actually a life-sized print.[1] These rumors likely developed as a result of a photograph taken by Rudy Coby just prior to the replica's shipping to Kushner's New York home.[1] Furthermore, Kushner admitted to having named the painting, on the basis that it was "beautiful [...] completely ghostly and wraith-like."[1]

The original is for sale at Web archive: marilynmanson.com paintings. 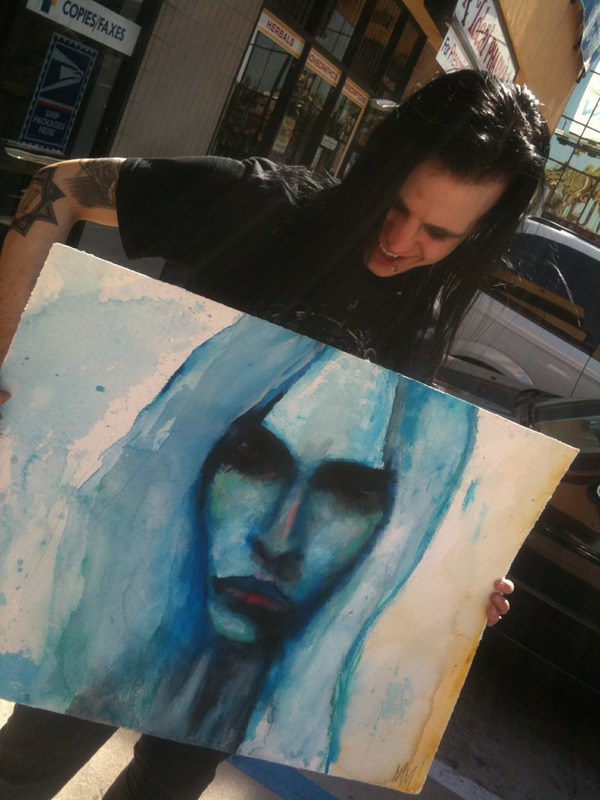 Nick Kushner holds a life-sized print of "Wraith". Kushner is responsible for naming the piece.